8 of the Best Beach Levels in Games

Pretty soon it will be 60 degrees again and everyone’s going to want to go outside. Then it will get even warmer and you’ll love it. Then it’ll get unbearably hot and you’re going to go right back inside. That’s okay! You can go to the beach on the hottest day of the year without getting sand in your pants or having to touch seaweed. All you have to do is turn on your favorite retro console. Today we present, as a companion to my tough-to-argue article on the Best Snow Levels in Games, some of the best beach levels in video games.

Last year’s release of Crash: The N. Sane Trilogy reminded us that the original Crash Bandicoot had a sharp spike in difficulty after the first few levels and that it is an unforgiving, overrated game far inferior to its sequels. And if I sound bitter it’s because I am! But I recognize that Crash Bandicoot would have never become a superstar if not for his original, self-titled adventure. The very first level finds Crash, in all his 3D glory with the camera behind him, stomping up the beach, murdering giant crabs and breaking inexplicably placed boxes. It was the smashing success Sony needed to compete with its platforming rivals, Mario and Sonic. Is that foreshadowing? You bet it is!

Considered by many to be the first (and last) good 3D Sonic game, Sonic Adventure dropped players into the Emerald Coast right at the start of the game to show them just how impressive the graphics on the Dreamcast were! Although Sonic’s motto is “gotta go fast,” players took their time with this level just to take in the sights and… did a whale just jump over me? Awesome!

As this list will show, Nintendo had an odd obsession with tropical settings during the GameCube era. The first of these was Super Mario Sunshine. The game is not on the top of most people’s Favorite Mario Games list. This is possibly because FLUDD – the water cannon on Mario’s back – was an odd gimmick. However, the game was well-received by critics and had plenty of shine sprites to collect and keep you busy until Kingdom Hearts came out a month later. Speaking of… 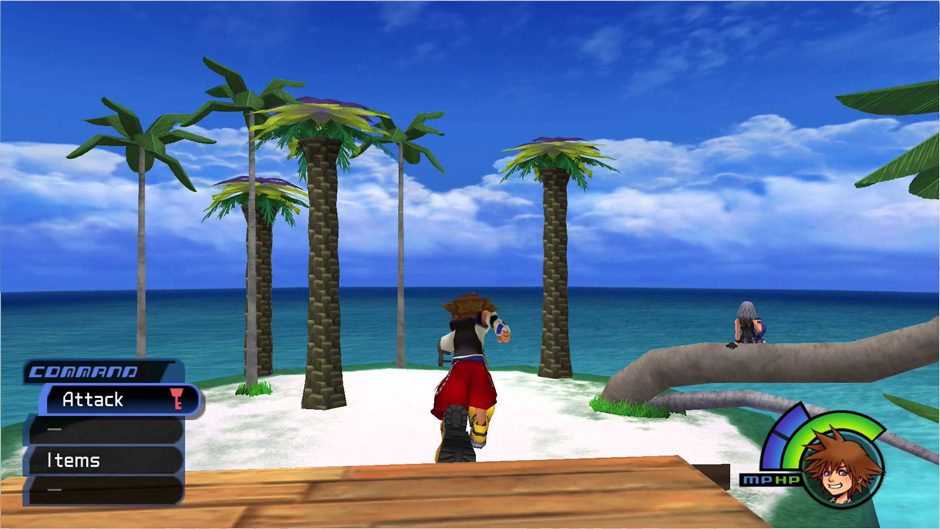 Before Sora found his place on a Gummi Ship and visited worlds based on all of your favorite Disney movies, he was a humble teenage boy living on an archipelago with his friends. Players got the hang of Kingdom Hearts while racing rival, Riku, up the beach and collecting the items needed to build a boat. Sure, that wholesome life ended abruptly when the Heartless came and screwed everything up but the Destiny Islands were where it all began. Later this year Square Enix and Disney will finally finish the trilogy. We just hope Sora, Kairi and Riku make it back home safe.

You can call the beach in Animal Crossing whatever you want to call it because it’s your town! The game generated its custom layout just for you. Like the real beach, the one in Animal Crossing isn’t always interesting. However, you made so many memories there. When Gulliver washed up on the shore, you were there to…not really help, but take some furniture from him. You nearly jumped out of your seat when you saw that gigantic fish shadow in the water and caught your first coelacanth. And if you shelled out the money for a link cable, you could connect your Game Boy Advance to your console and visit your very own, personalized island.

Xtreme Beach Volleyball is not a particularly good game, but it sold well. If you didn’t buy a copy, you at least rented it. Maybe you didn’t make that fact public, but at the time these were the most realistic boobs ever seen in a video game. And it’s not like Tomonobu Itagaki developed the “jiggle effect” because he thought it enhanced the fighting mechanics in the Dead or Alive series. 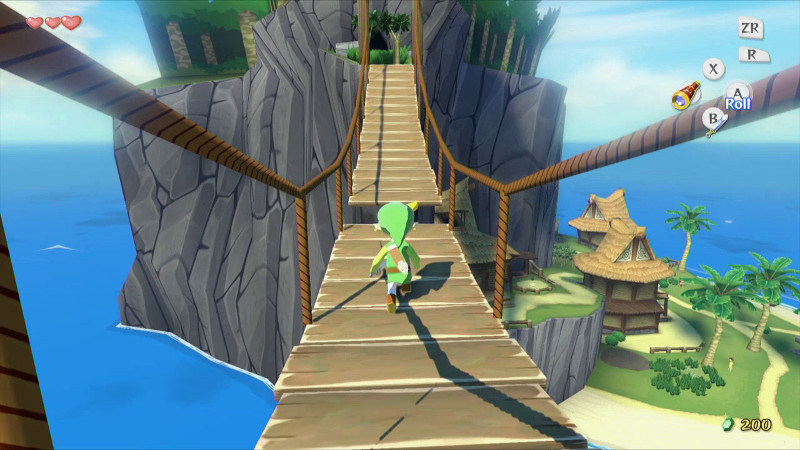 Though not the first Legend of Zelda game to start on a beach (that honor goes to Link’s Awakening for the Game Boy), Outset Island set the stage for what would become one of the most unique Zelda experiences ever. Gone were the dense forests, castle towns and horse travel from previous Zelda titles. Instead, they were replaced with open water and a…guy who was transformed into a boat and you can ride on him? Okay, that is a little weird. But fun! Also the cel shaded graphics look gorgeous. 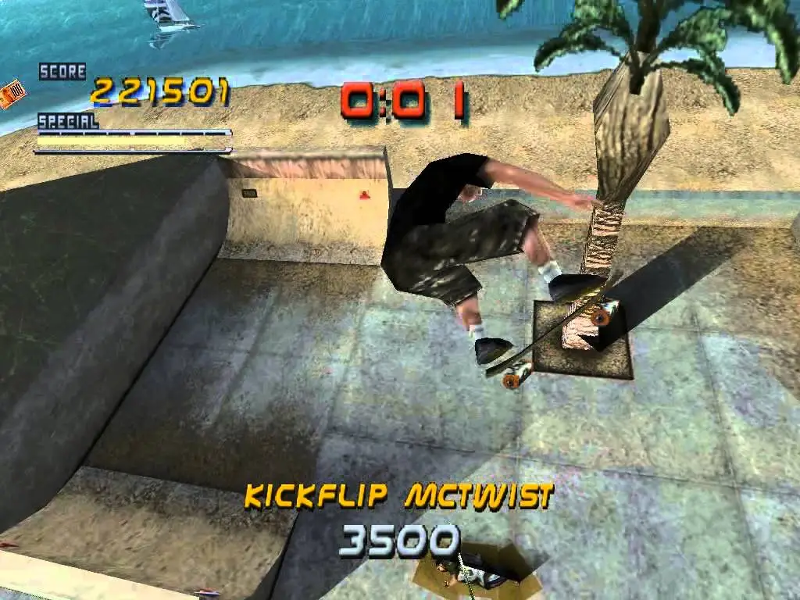 No video game reignited the popularity of skateboarding as much as Tony Hawk’s Pro Skater. The formula was perfect: get licensed skaters, great hip-hop & punk music, an insane amount of product placement and physics that make skateboarding seem way easier than it really is. Venice Beach (which I’m sure looks just like the real Venice Beach) was a key level in the second game, getting your skater out of dingy cities and warehouses to breathe in the salty air. As a bonus, this was where you met Ollie the Magic Bum, whose name is also a verb describing what you need to do to complete a mission.

This isn’t a beach per se, but boy is it memorable. You may have thought the strongest Pokémon in Red & Blue were found in the Cerulean Cave A/K/A the “Unknown Dungeon.” However, by exploiting a bug that involves talking to an old person (ugh), trainers could make insanely over-leveled Pokémon appear by surfing up and down the Eastern coast of Cinnabar Island – such as a Level 128 Golduck. Most notable, however, was the ability to encounter Missingno. – a flying type “glitch” Pokémon with a pixelated appearance generated from the data of Pokémon that were cut from the original 151 monsters. The “Old Man Glitch” also gave trainers 128 of whatever item was in their sixth item slot. This was a sneaky trick for multiplying the Master Ball or valuable Rare Candies!

Remember, this is the Internet and you are obligated to complain if I missed your favorite beach level. Drop a comment below.