Films With the Longest Gaps Before a Sequel Was Released

Sequels to popular movies are often released a few years after the original film, but sometimes there are significant gaps between installments. This graphic from StaDaFa shows the 5 movies with the largest year gaps between sequels. 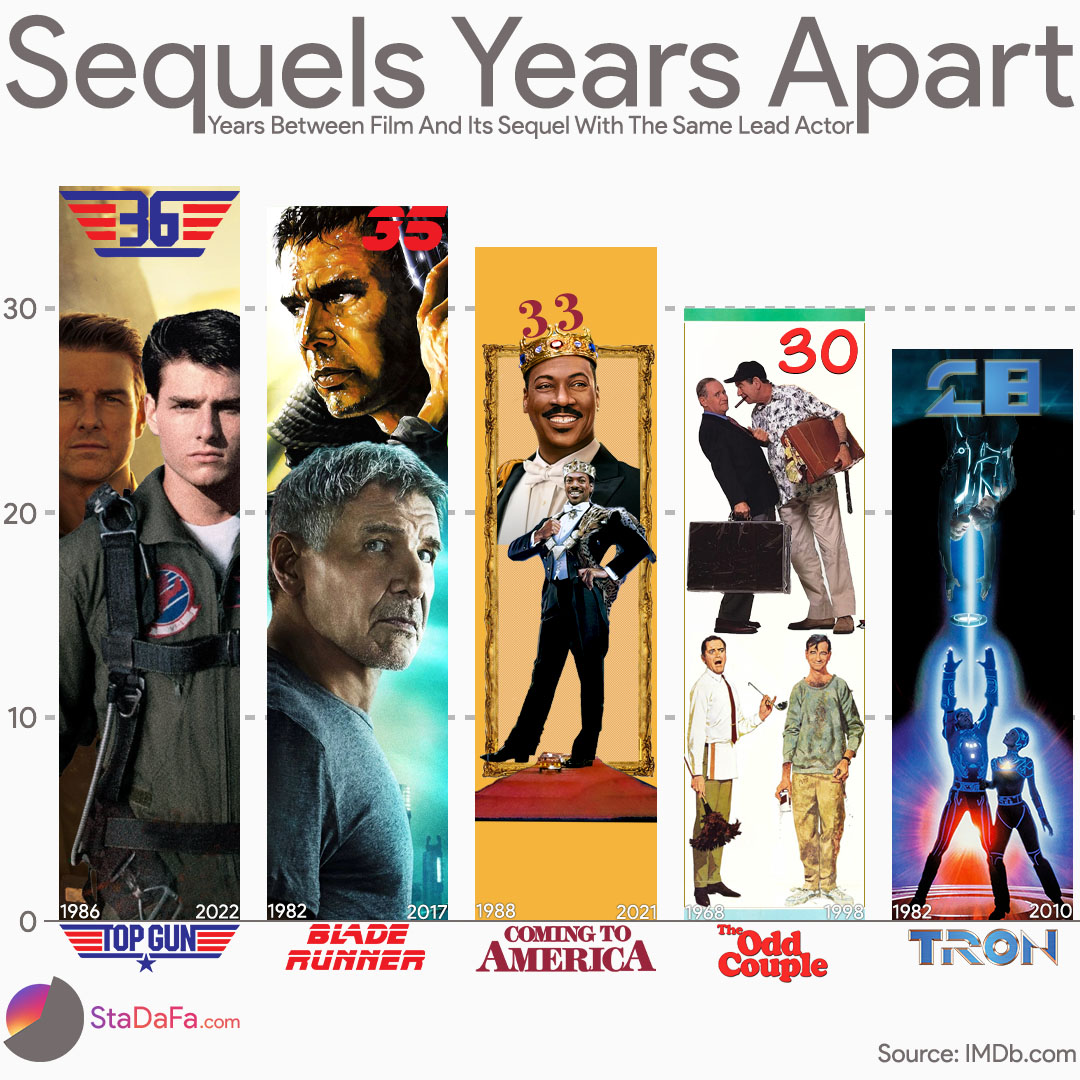