[Spoilers:] Let’s recap the deaths in Game of Thrones so far, shall we?

Valar morghulis! Are you looking forward to season 7 of Game of Thrones on HBO? Well, it shouldn’t be surprising. It’s one of the most popular and important TV shows in recent history, changing the medium and helping to raise the budgets and the quality of so many other shows as well.

Before we get started, here’s the trailer for season 7 for those who haven’t yet seen it

“The more I write about a character, the more affection I feel … even for the worst of them … Whoever it was who said ‘Kill your darlings’ was referring to his favorite lines in a story, but it’s just as true for characters.” 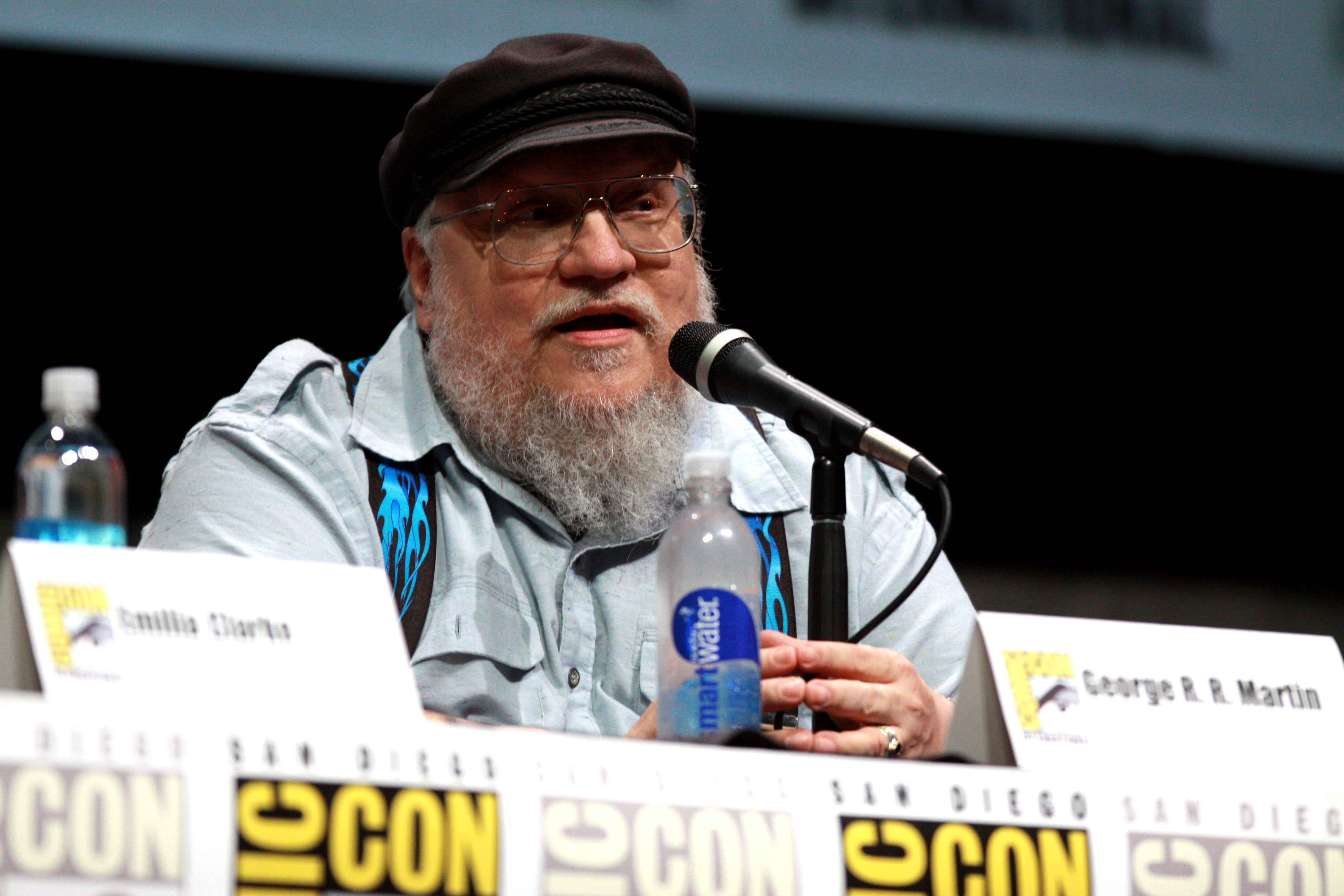 Now, writers are much more at ease with killing off main characters like Ned. It was very surprising at the beginning, but are we numb to it now? Have they gone too far with the killings?

Do you even remember them all?

Let’s recap the most important Game of Thrones deaths with these infographics!

Scroll through the 704 deaths in Game of Thrones with this illustrated guide.

They’ve helpfully broken it down by season and pointed out the most important main character deaths.

Too detailed for you? Here’s a brief, organized overview of GOT deaths. 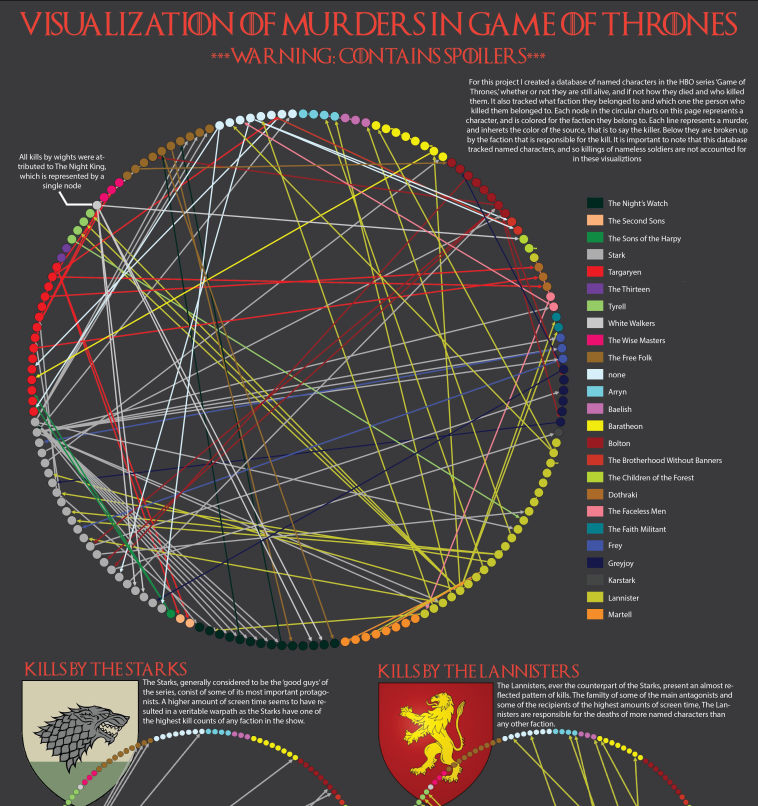 See which noble houses (like the Starks and Lannisters) have suffered the most losses.

“Yeah, but those aren’t the epic deaths. Who gets betrayed?” 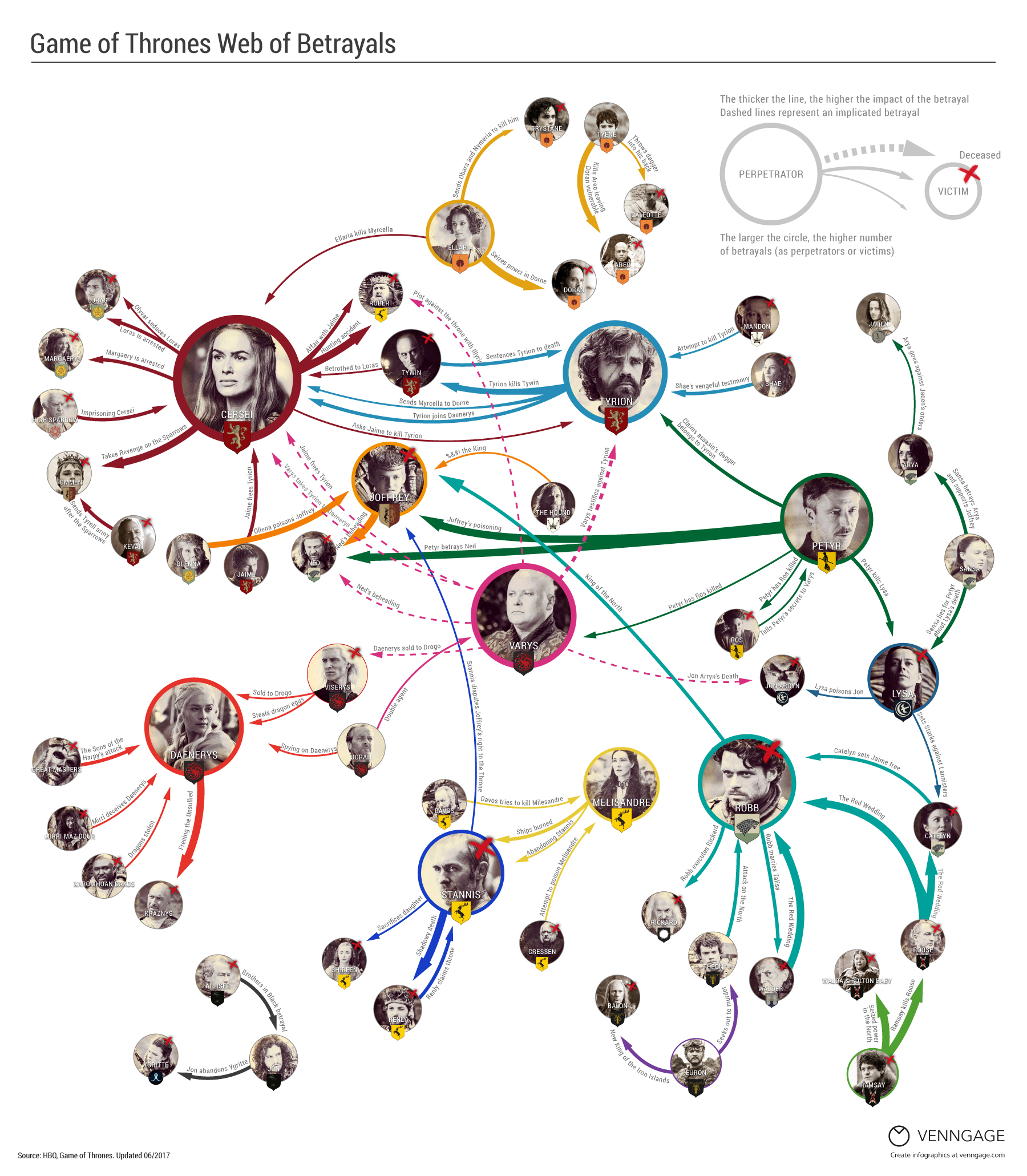 Here you go. This stuff is pretty complicated, as it turns out.

Having trouble keeping characters straight? Here’s an interactive depiction of their relationships to each other, according to book lore. 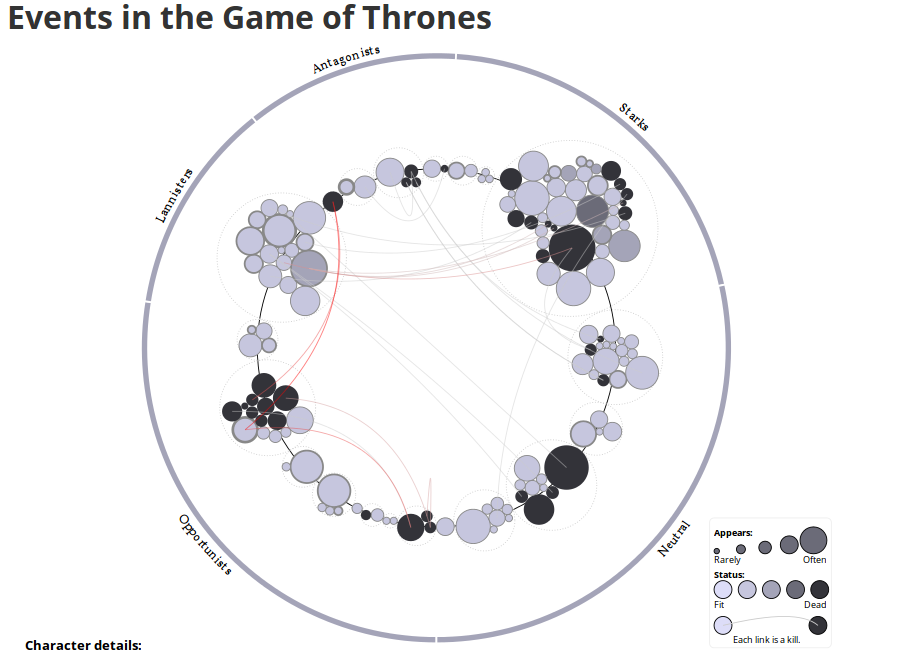 Family ties, their status (living or dead), and their moralities are listed in this fast visualization. (Note that this is in line with the books, rather than the show.)

Wondering who dies in Game of Thrones this season? Here’s some psychics’ predictions of who’s most likely to be killed next. 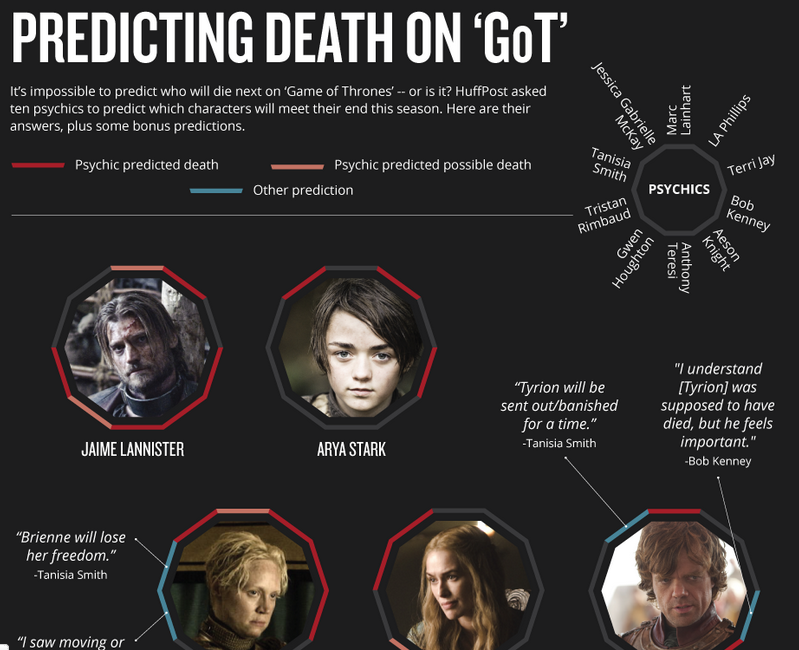 Our prediction? Arya. We’re not psychic but we can pick up on foreshadowing.

But no matter who joins the Others, don’t spoil your friends. 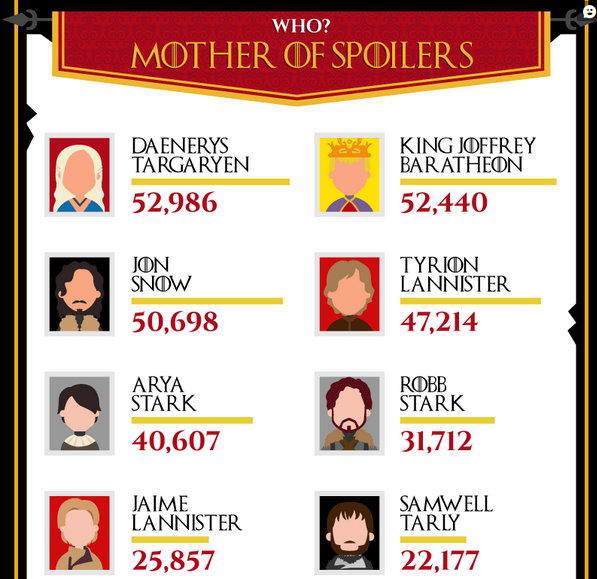 Other ways to get hype: