There are some sweet rites of passage during childhood that actually pay off for kids. Believing in Santa for example, can be pretty lucrative. Also, according to the Dental Care Alliance, believing in the tooth fairy these days can net kids almost $200 from their baby teeth. At least if they live in Delaware that is. 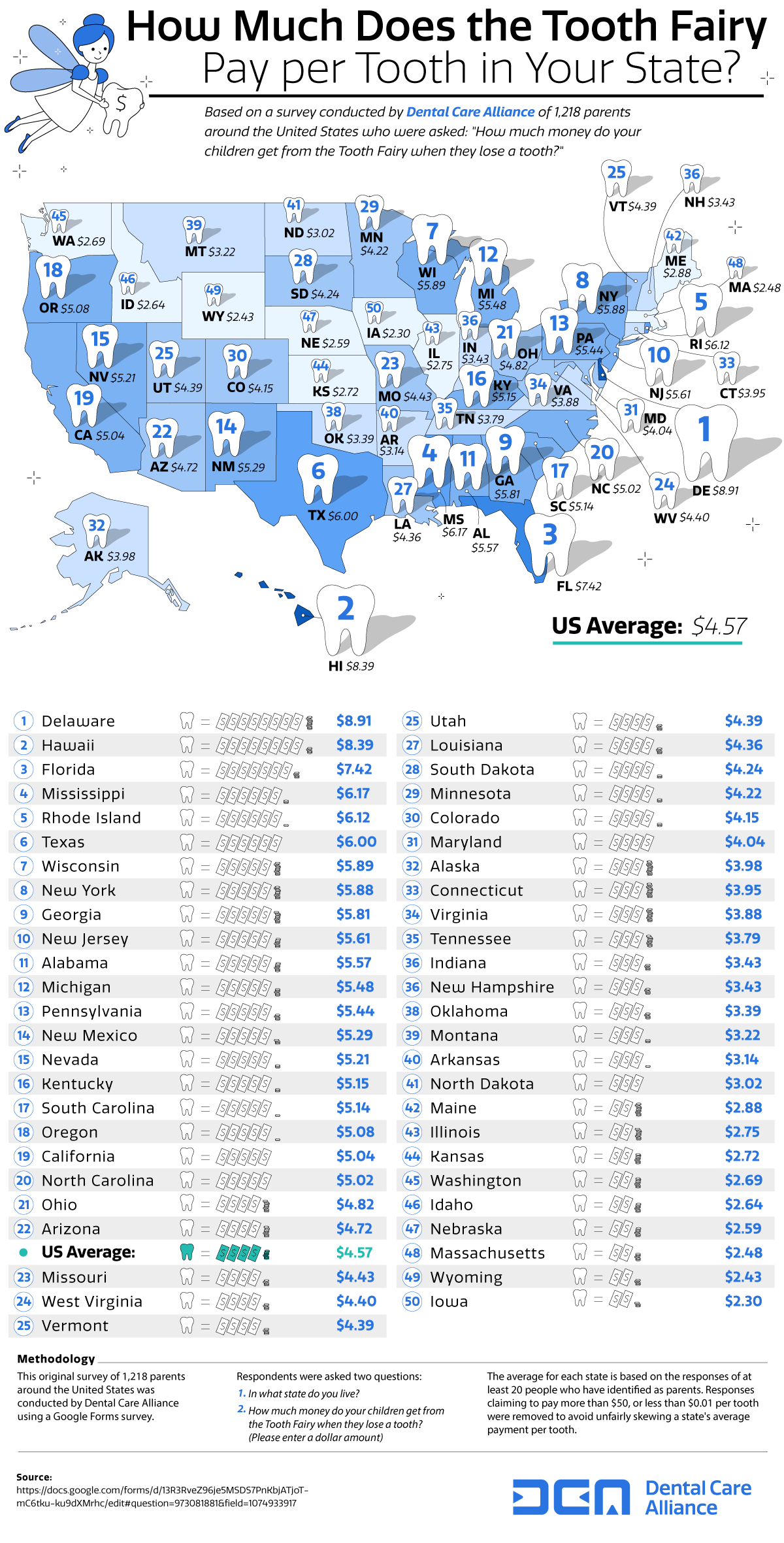 Looking at this map, the best states to live in for high tooth fairy pay outs include: Delaware, Hawaii, Florida, Mississippi and Rhode Island. Kids in these states are averaging six to almost nine dollars per tooth. Out of all 50 states, Iowa comes in at the bottom where kids average just over two dollars per lost tooth. If this survey had been done back when I was a kid losing teeth in the 80s, the average would have been about 50 cents to one dollar.

I specifically remember one evening excitedly putting my tooth under the pillow and waking up to find it gone but with no money in its place. I ran downstairs and cried out to my mom telling her of the injustice I had endured only for her to tell me to go back up and look around again. That is when I discovered one dollar in coins had fallen under the bed. I was ecstatic that the fairy in fact had not swindled me. Some of the surveyed parents admitted to going above and beyond giving fifty dollars per lost tooth. I think that is wildly excessive but what is the going rate in your state and do you agree?