Just Another Reminder That Octopuses Are Amazing

World Octopus Day is coming up on October 8th, and it’s time to start the celebration with the world’s most awesome sea creature.

“What?” you ask. “Those weird fish things that flop about with their eight legs?”

Yes, innocent dweller of the Internet. They have six arms and two legs. And they are amazing. 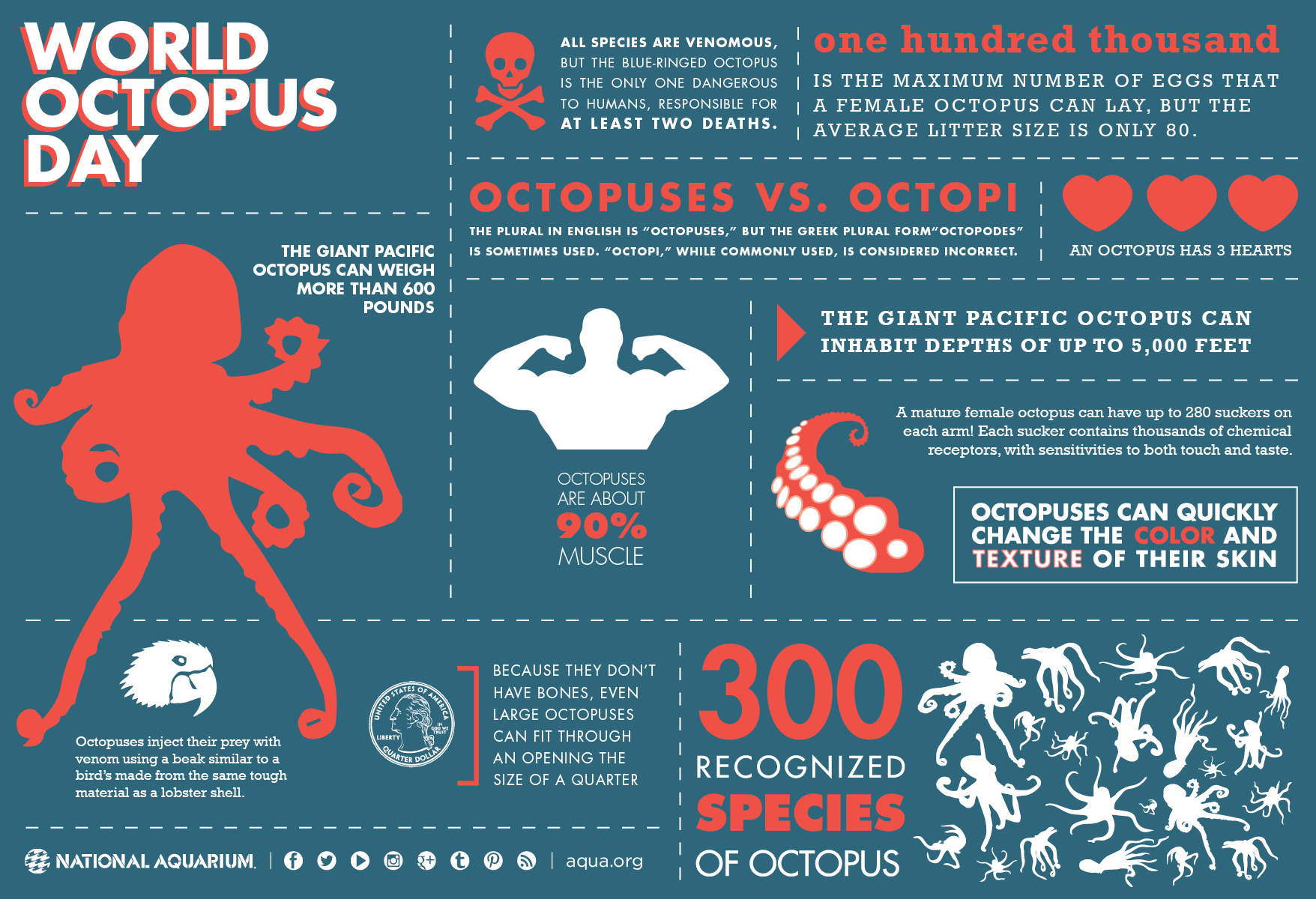 Firstly, they can escape pretty much anything.

Because of their extreme intelligence, ability to use tools, and ability to fold their boneless limbs into a smaller size, octopuses are a huge problem for those running aquariums. Some might recall the harrowing escape of Inky the Octopus from the National Aquarium of New Zealand. (He most likely made it back to sea, but his whereabouts are still unknown.)

They can escape cages and aquariums easily because they can fit their bodies through anything smaller than their beak: about one inch in diameter.

Here’s another daring escape of one from a boat:

They need constant entertainment as much as that one 6-year-old you babysit.

They’re highly intelligent, so they get bored and wreck havoc regularly. When they’re bored, they’ll do tame things like smashing rocks against glass or turning off the power.

If they’re bored enough, they’ll eat their own arms.

That is, when they’re not throwing stuff at pesky humans. 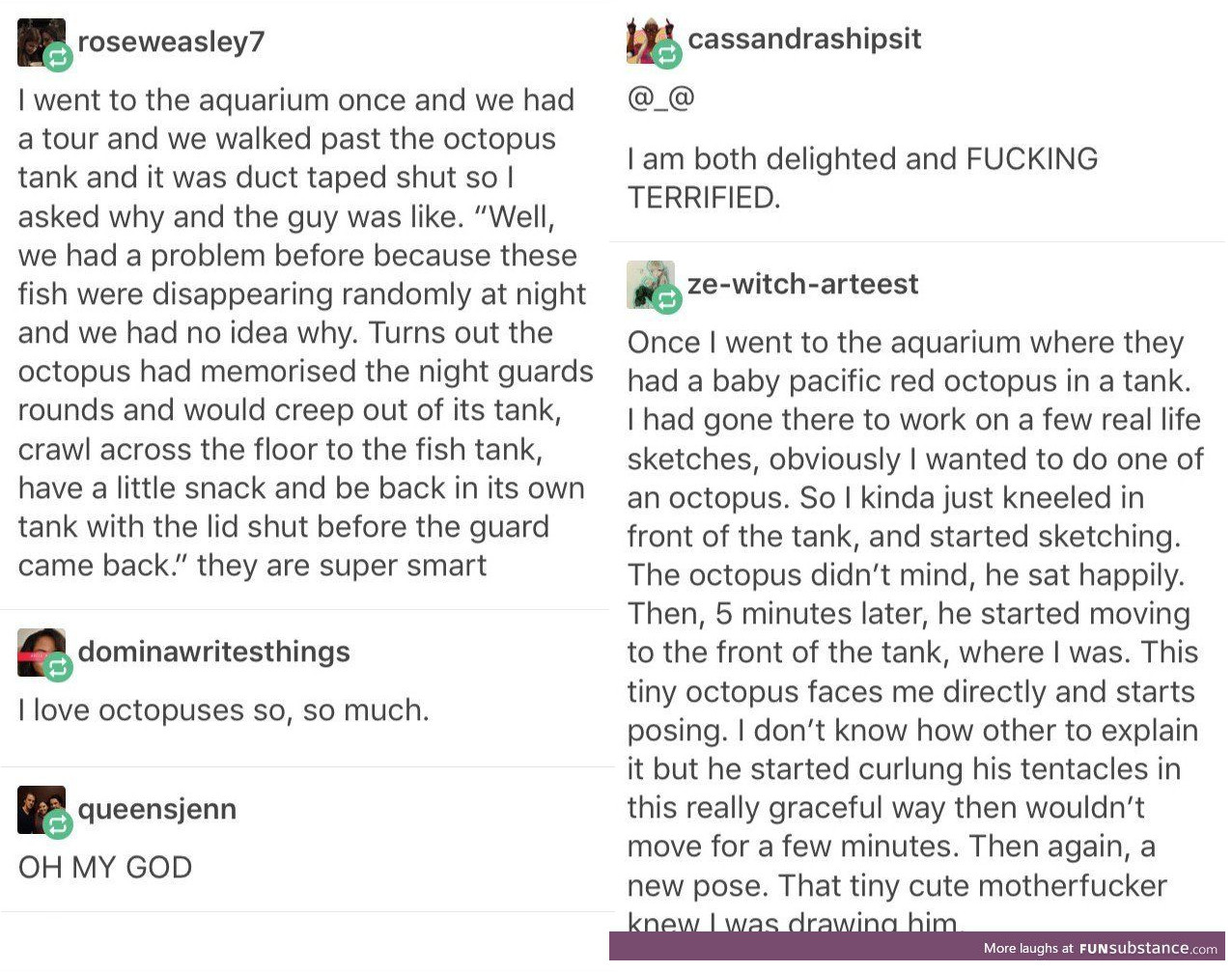 They have personalities and interact with tools.

One of the most interesting facts about octopus intelligence that scientists are fascinated with is their frequent use of tools and love of toys.

These bizarre invertebrates, who are relatives of snails, use tools to solve problems in ways that chimps would be proud of.

When they start out-thinking humans, that’s when people get a bit nervous.

But luckily many species are lovable. Just check out this cute patootie!

Octopuses can change color with twitching cells called chromatophores, despite being colorblind! How? Scientists aren’t exactly sure, but they’re studying it.

Unlike chameleons, which are usually the first cited in fun facts about animals for changing color (but actually don’t change to match their backgrounds like most people think), octopuses can change not only color but texture to match their surroundings.

Not only can they do that, but they often use their abilities in really brilliant and unique ways.

Just check out the mimic octopus, which copies the shape and movements of both poisonous sea snakes or lionfish to avoid being preyed on.

They’re big, small, on the bottom of the ocean, everywhere …

Out of the various amazing octopus facts, one interesting one is that they have a huge range in sizes. The Octopus wolfi is less than an inch long, for instance. This surprisingly versatile animal has survived millennia of evolution, and can survive on the ocean floor as well as in tidal areas.

The giant pacific octopus makes an A+ mom. 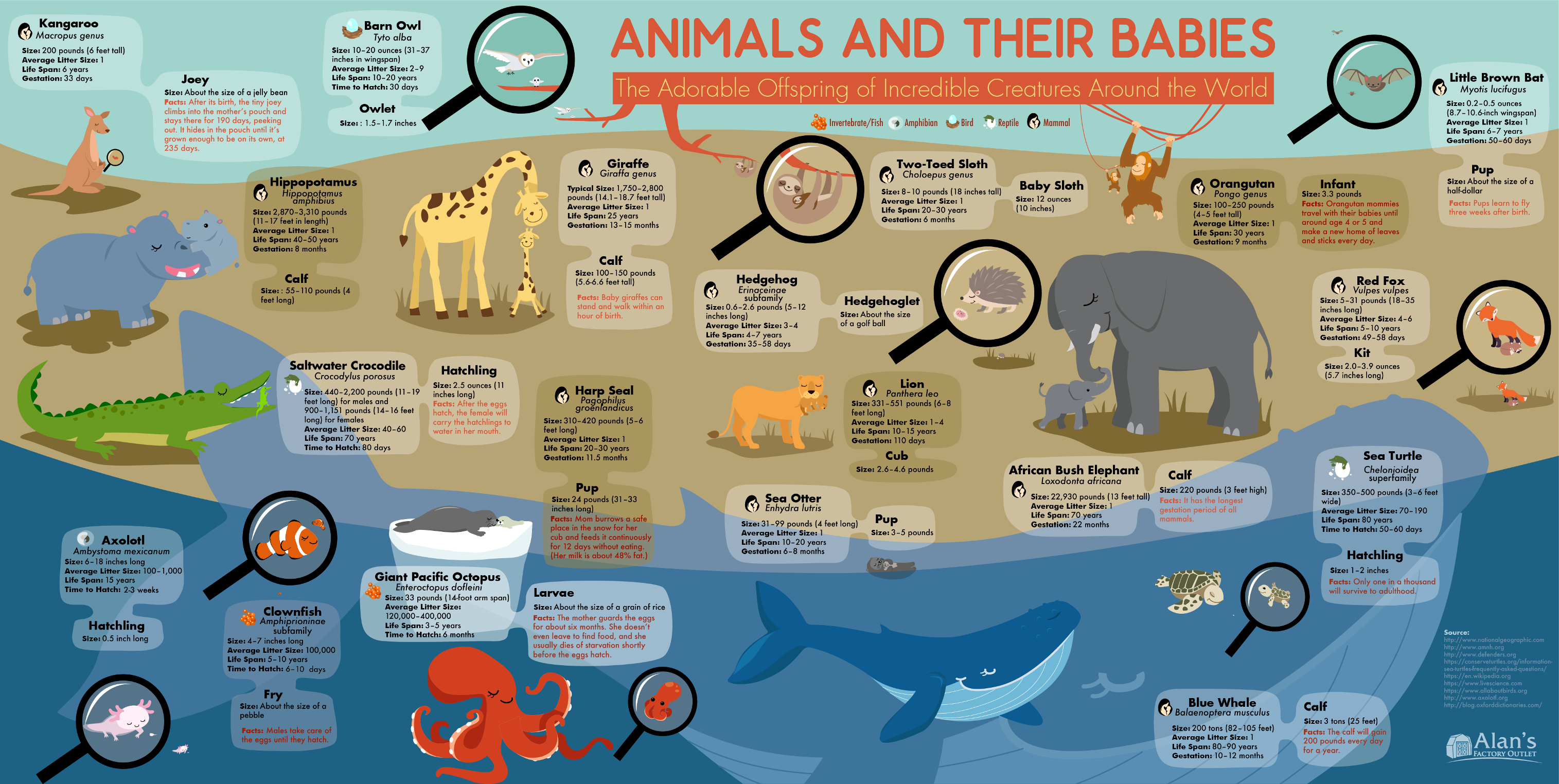 (Click to zoom) A mommy octopus loves her baby octopus so much that she refuses to leave its side. The giant pacific octopus will actually wait by, blowing water on its babies and never leaving to find food, for six months.

They can regenerate better than Wolverine.

Out of the various amazing octopus videos you could watch, the cruelest is possibly watching people chop off and eat san-nakji, or live octopus limbs. That’s because the their limbs literally have a mind of their own.

This is very not very nice. Often they’re killed and eaten whole.

But for the octopus that gets away, luckily their limbs can regenerate with ease. They regenerate better than newts but not as well as starfish.

You think Dr. Who is cool? Well, octopuses have THREE hearts

How many hearts do octopuses have? Enough to love you. Don’t eat them. 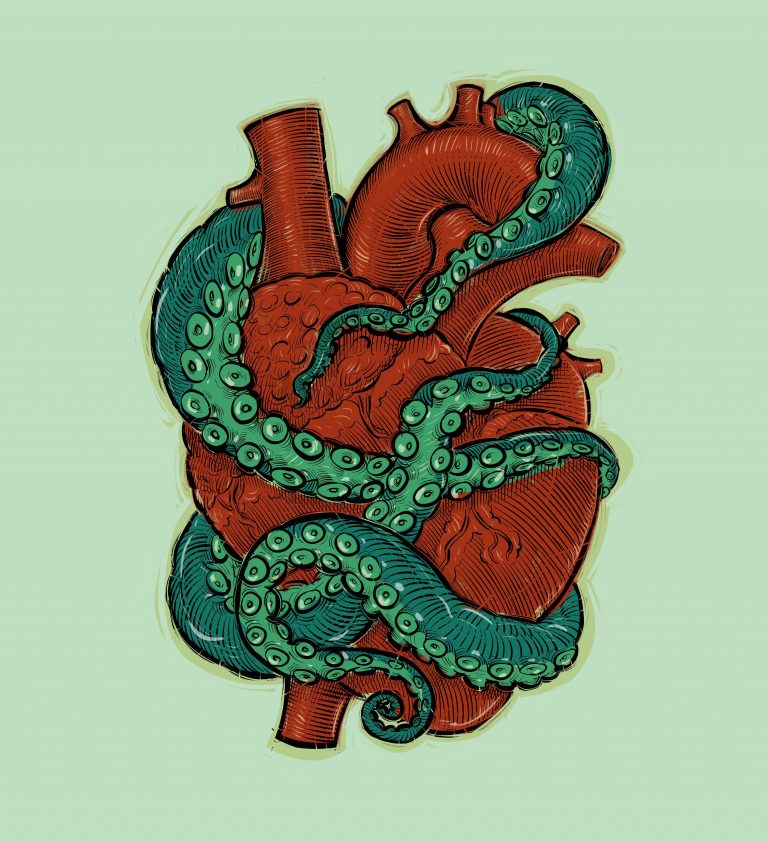