13 Viral Videos from the 00s That You Forgot About

Want to feel old? There are children leaving elementary school soon who were born at the same time a lot of these classic Internet videos were released. Yes, many of these kids haven’t experienced any old viral videos before YouTube, and they might not have even heard of pre-YouTube giants of video like eBaum’s World and Newgrounds. There has been a weird blurring effect of the aughts, in which the 1990s feel like yesterday. Perhaps we’re just repressing the strangeness of these early viral videos.

The End of the World: 14 Years Old

Hokay. So. Let’s start this list of old viral videos from the ’00s off right. Here’s “The End of the World.” Then … that is a sweet meme, you might say! Viral …. Since its strangely satisfying speech hit our eardrums in 2003, this early flash animator also gave us “Schfifty Five.” Hokay. So basically, considering our current nuclear crisis with North Korea, this nostalgic Flash animation might be a little bit prophetic. But assuming we don’t blow ourselves up, we can watch a very similar but more modern meme of the moment for greater context: “the history of the entire world, i guess.”

Origin: The original was a flash video on AlbinoBlackSheep.com.

Do you like rusty spoons? How about nightmares? This viral phenomenon by David Firth has 10 episodes of increasingly unsettling imagery. Yes, while it might have started as an in-joke between friends about how the animator inadequately played a C-chord on a guitar, the later installments are definitely violent and scary, with the last episode released in 2013 becoming frightening to the point of being horror-film-worthy. Salad Fingers and his scruffy finger puppets became a cult phenomenon, spawning fear, confusion, and quite a few fan theories about the hidden meaning of the series.

One of the nostalgic viral videos from the ’00s that gets more confusing the more you attempt to understand it, the “Badger Badger Badger” flash animation, created by the same man who created “Weebl and Bob,” has been remixed and parodied hundreds of times. (The Potterheads here at Pixl really like this one.) Get ready for it to be in your head forever.

Origin: This is where the insanity lives.

Odd Todd has been laid off for a really long time, guys. That guy needs a job. Well, good thing Todd Rosenberg has been making money off of his animations, which have since been featured by National Geographic, Comedy Central, and Time, among others. (The cartoon probably had quite a bit of staying power in the 2009 financial crisis, when having fudge cookies for dinner became a more frequent occurrence.)

Origin: Have Faith. Be positive. And if you ever need a little pick-me-up, visit OddTodd.com.

Speaking of glowing positivity, Numa Numa is possibly what got many of us “old people” through high school. Unlike Star Wars Kid, who might’ve been one of the earliest victims of viral cyberbullying and later sued his classmates, Gary Brolsma was earnest, not embarrassed. The song, “Dragostea Din Tei” by O-Zone, became an unusual international hit in the U.S. One could consider the smash success to be the precursor of the later, slightly-more-manufactured hit “Gangam Style.”

The webtoon and comic series focusing on the adventures of goth girl Germaine and the anger-spewing Foamy the Squirrel became especially popular when Foamy’s rants about hating humans got slightly more specific. From Louis Black to Foamy, anger comedy was in in the early 2000s. While it may have gotten a reboot in 2011, the Cult of Foamy is not quite as active as it once was.

Origin: The original site is still kickin’: Ill Will Press.

If you haven’t already seen it like 67 million other people, do! It’ll be an adventure! We’re going on an adventure! The series now has four different installments, which all seem to encourage nihilistic and apathetic Charlie to not go on adventures. Creator Jason Steele kickstarted his last installment, which raked in almost six times the original goal. He also created a strange reboot series called “Charlie Teh Unicron.” Watch it! Enter the magical fan base of hope and wonder! Shun the nonbelievers! Shun!

Origin: The first posting was on Newgrounds, but Charlie now finds his true home on YouTube. 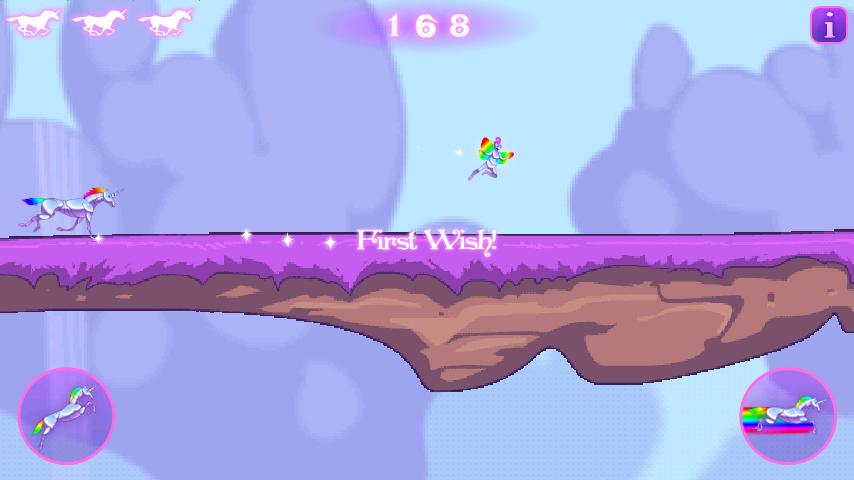 (Warning for Earworm and General Addictiveness)

More unicorns! What is it with the aughts and unicorns? And zombies? And sometimes unicorn zombies? This weirdly satisfying endless running game was a smash hit before Facebook games really took off. (You probably played it in class, didn’t you?) No, it’s technically not a video, but it’s hard to think of the ’00s without thinking of hiding from responsibilities via jumping and rainbows.

Origin: You can still play the game! It’s right on AdultSwim.com. And for the goth kids, here’s the Heavy Metal Version.

I’d like to apologize on behalf of the PixlParade team for getting this in your head. Definitely don’t look up the now-dated Family Guy version.

Origin: The original was posted in mysterious forums and later on Newgrounds.

(Warning for Swearing and Earworm)

To all those young women who do what they want, the Internet brought a pop sensation: Kelly. Her ode to expensive shoes was one of the first viral comedic music videos on YouTube. Later, actor Liam Kyle Sullivan was asked by companies to “be viral again … for us!” But besides appearing in music videos for The Dresden Dolls and Weezer, the shoe-lusting woman with first-world problems has kept her integrity. And that’s a great thing; if not for Kelly, would there be any Ninja Sex Party?

Origin: Kelly was homegrown from the early days of YouTube.

Trogdor was a man. I mean, he was a dragon-man. Or maybe he was just a dragon … and he was a very viral video of the ’00s. Later, it appeared as a playable song on Guitar Hero 2. If you haven’t watched it, try to draw your own, but don’t forget to use consummate V’s! Consummate!

Origin: The original lives on the Homestar Runner website.

(Warning for Adorableness and Disconnection From Reality)

I’d love to say that I didn’t quote David after a certain someone won a certain election, but I’d be lying. Sometimes, it’s OK to ask yourself, “Is this real life?” The kid is all grown up now and has a lovely set of teeth.

Origin: A loving parent uploaded their adorable child’s reaction to anesthesia on YouTube, and the rest is history.

The story goes that Don Hertzfeldt was commissioned to create promotional segments for the Family Learning Channel, which rejected the cartoons. That’s all the explanation we get, really. I am a banana. Tuesday is coming! Did you bring your coat? This was nominated for an Academy Award. Yes. That’s real. Also, you can get a Blu-Ray of it.

Who did we forget? Which nostalgic viral video was important to you in the aughts?

September 2019 Edit: It’s unclear if viral video stars of the 00s made much money in YouTube revenue or subsequent sponsorship deals but we do have new data going viral this week on which current YouTube stars make the most money per minute of video on their channels. Check out the write up from BusinessInsider here and the original researcher who did the calculations and designed the graph at PeteyVid here. It looks like there IS money in being a YouTuber after all. Who will be the YouTube stars of the next decade?