People don’t read online anymore – they see crazy titles and react to them. That’s okay. Writers have got to make a living, right? Inflammatory adjectives and enticing over-promises are what gets clicks and makes money. This yellow journalism is surely a problem, but it’s something we’ve come to live with online. So what if people say “shocking” and “life-changing” too much?

But then there is the trash. The complete, horrible trash.

Using ads and recommended posts, these truly terrible clickbait images have salted our retinas and ultimately ruin what was otherwise likely a pleasant reading/learning experience. They’re largely not earned or natural, but paid for. Why? It’s hard to say. Many of these images have been scraped or shopped to prey on very gullible people. If you follow some of these ads to their conclusion, they use “foot-in-the-door” and delayed gratification (both classical marketing techniques) to indoctrinate and then scam the viewers. The end result is an abyss of ads and sadness for all of us.

Seeing some of these, my jaw dropped, but not … like … in a good way.

1. Freaking Out About Health Stuff:

Don’t use probiotics until you see this. 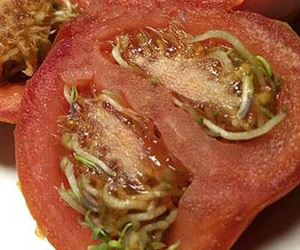 Here’s some other common “don’t use probiotics” images: 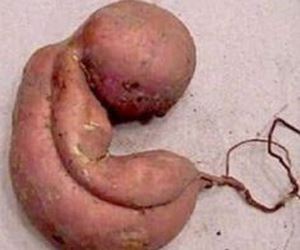 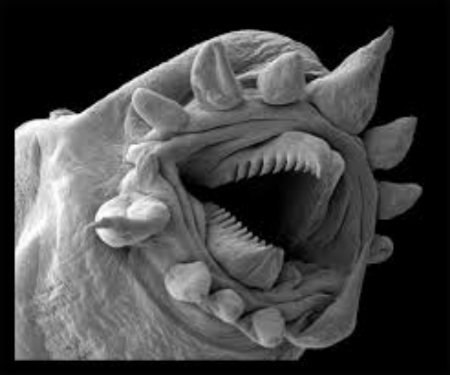 This one is an important microbe called a “water bear.” And tardigrades are not scarily eating your insides; they’re friggin’ awesome and can survive in space! 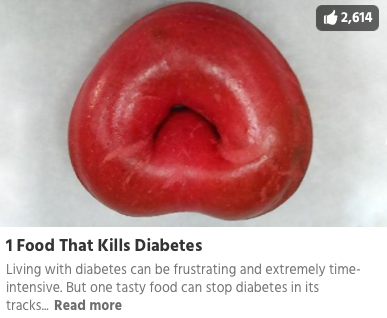 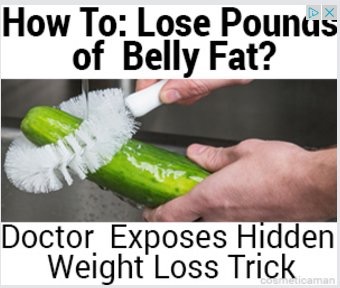 Did you really need to make this so suggestive? (By the way, the hidden trick is eating healthy.) These horrible ads aside, health scams can be super dangerous. And weight loss programs can be horrifically predatory. Don’t prey on these people, and don’t make them believe health facts that are simply not true. It can lead to horrible consequences for them and you.

Husband divorces wife after looking closer at this picture.

Important message to anyone actually curious about this: There’s literally no reason for you to care. We’re not friends with these people. We don’t actually feel bad for this mystery guy. We just like the idea of shaming this girl (even though we know the picture is likely shopped).

These ladies shouldn’t be allowed on the beach.

Yes, they should. Anyone can go to the beach. Stop being lame and creepy.

Just don’t do it, promise? 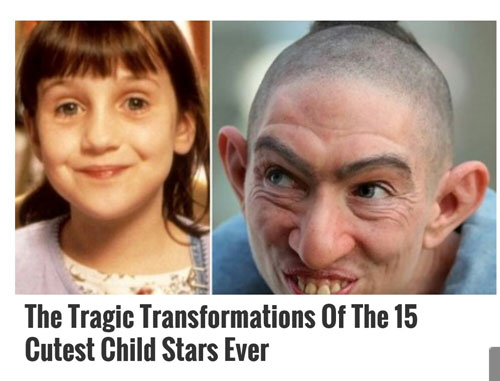 So Mara Wilson is a pretty cool lady. She looks fine. She has an awesome Twitter account, and she’s written a book. Also, maybe don’t go around trashing people for no good reason?

There’s this thing called defamation, and it still applies to the online world as much as it does to the print world. You can’t just say whatever you want about whoever you want. Granted you can get away with a lot more for a celebrity, as she would need to prove something called malicious intent, but you can still certainly be sued. (Notice that I said “she.” Most of these ads are about female celebrities.) As soon as that letter shows up on your doorstep, you’re already in by about $10,000.

4. Making All of Us Beg for Eyebleach:

She has an anti-aging solution. 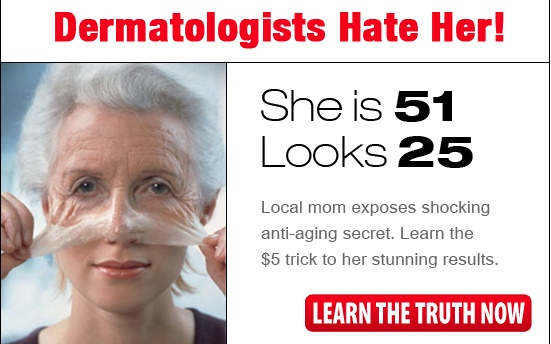 I’m not going to go crazy with this one. There are a lot of them out there, and a lot of them aren’t even really work safe. If it’s bleeding, making the viewer’s skin crawl, or making people literally gag, maybe it falls under this category.

I’m no neurologist, but how does making me want to claw off my own face entice me to click your article, exactly?

We shouldn’t really be that surprised by some of these trashy clickbait ads. They’re essentially the same as trashy magazines that have been gracing the checkout aisle of grocery stores for years. And, unfortunately, they wouldn’t be there unless somebody bought or believed them, right?

Learn how to do clickbait well by studying the best of the best. Or, at the very least, learn how to do it somewhat well. Just stop making our eyeballs bleed.