The printing industry seems to be out of control. Printer and ink costs are through the roof. And oftentimes, replacement ink can be more expensive than the printer itself.

It’s clear that all of these companies are raking in the cash, but you might be surprised to know that some companies are dominating the printer landscape above all others. From printer hardware to ink cartridges, there is a lot of money to be made in the industry; especially since consumers don’t have any affordable alternatives. PixlParade has crunched the numbers and reviewed the top printer companies’ financials to find out which popular printer manufacturers make the most revenue every second. 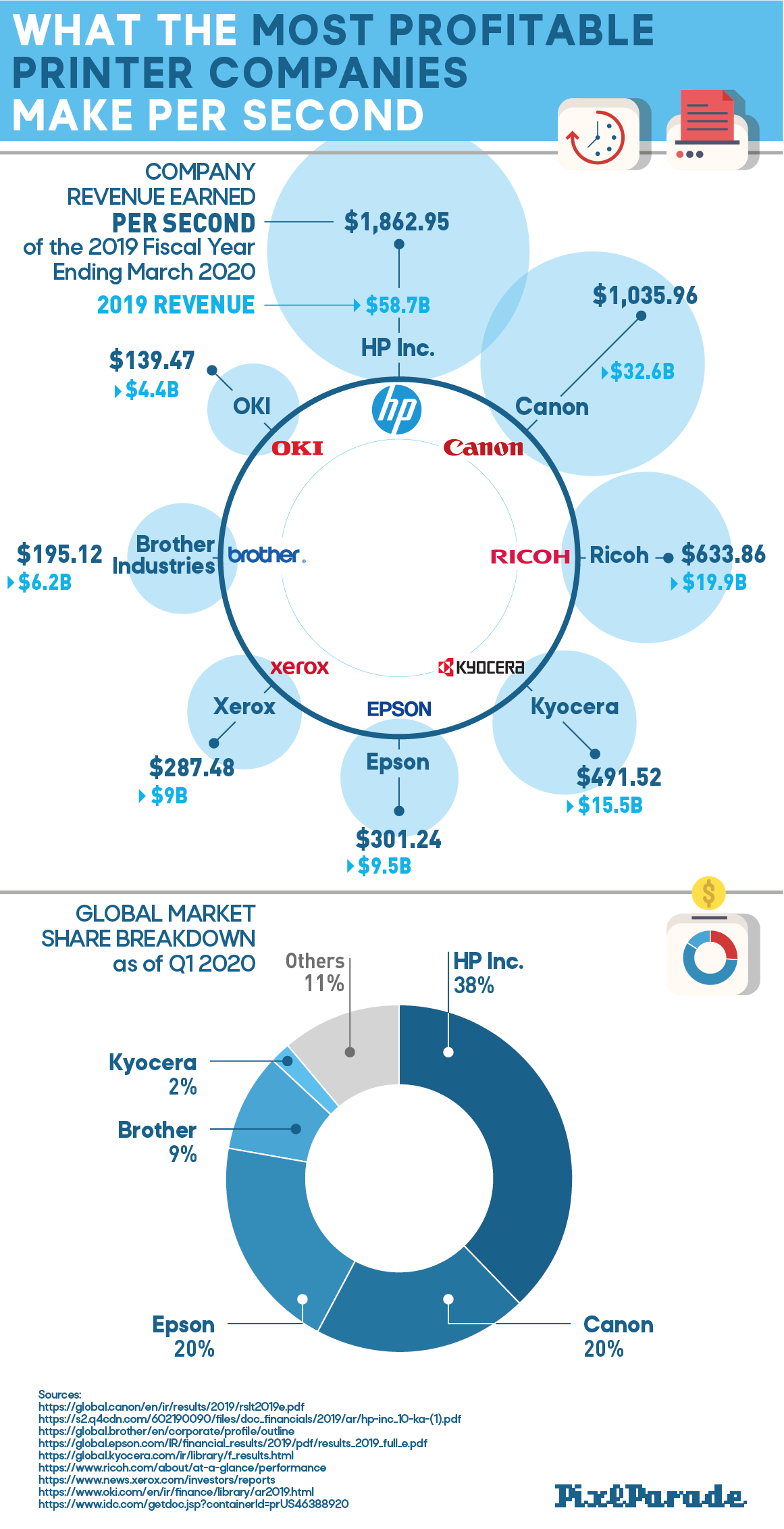 According to our research, this is how much the top printer brands make every second of every day:

HP leads the pack, making an astounding $1,862.95 per second. While HP has branched out to other products like laptops and desktops, they are mostly known for their printers and printer ink cartridges. Right behind HP is Canon, which earns $1,035.96 per second. These two printer companies account for nearly 60% of the printer market share in the world.

Which big names in printers have the biggest market share around the world?

It’s not surprising that HP tops the list, as it makes the most money per second. In the battle between Canon vs. HP printer sales, HP comes out on top. Other prominent printer brands like Epson and Brother make the list, but judging by the split in market share, it’s clear that a few big players dominate the market.

Why is printer ink so expensive? Will the world ever see reasonable prices again? We can only hope.

This has been another original infographic by PixlParade.com