DiGiorno Takes a Slice at Papa John’s on Twitter

It’s the dream match that no one ever asked for or wanted, but here we are.

Papa John’s Pizza, the delivery chain that has pizza somehow worse than Domino’s, is at war with DiGiorno Pizza right now on Twitter. 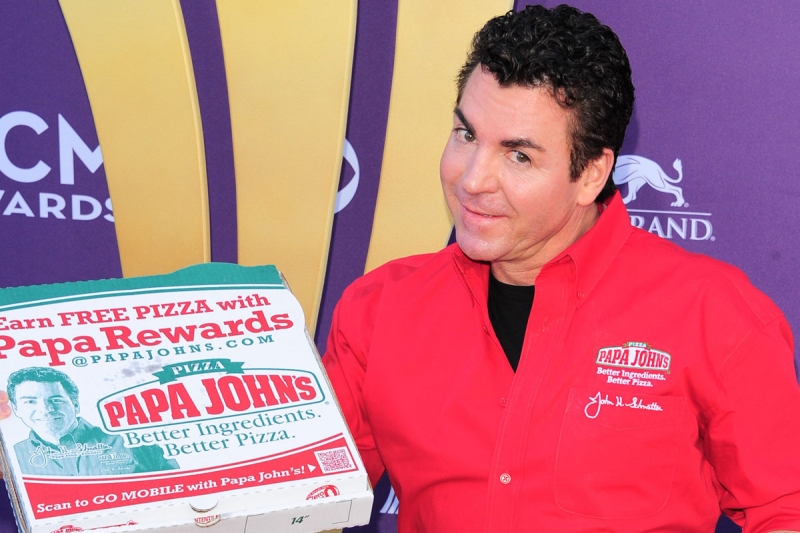 Recently, Papa John decided to blame the bad pizza sales for his even worse pizza on NFL players kneeling during the National Anthem. Thanks, Tom Brady. Unbelievable.

Seeing that Papa John was down, staggered, and trying to make the 10 count after this multimillion dollar haymaker to the face, DiGiorno decided to fire the first shot at Papa John’s.

Savage. It doesn’t get much more barbaric than that.

DiGiorno decided to continue the assault by directing pizza lovers everywhere to their new Twitter bio. Because everything on the internet lives forever, here’s a screenshot of the audacity. 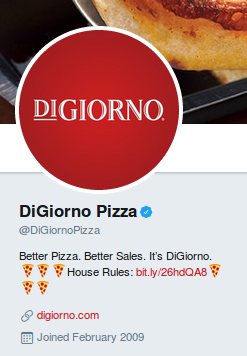 Papa John’s fired back by changing their Twitter bio. 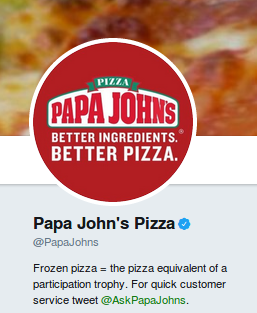 So what did DiGiorno do? They decided to settle it with a Twitter poll, of course.

Would you rather have a…

But DiGiorno wouldn’t stop the beating.

We know who Peyton Manning is rooting for in this fight to the death. You don’t win the Super Bowl and kiss Papa John by accident.