Avengers Infinity War has been such a long time coming that simply conceptualizing all the planning is enough to give yourself a headache. With 18 films over 10 years, a collective gross of $14.7 billion, and very few critical or financial duds, the insanely successful MCU has left other studios quaking in their boots. It’s astonishing that one poorly placed domino might have toppled this modern-day giant, especially toward the beginning with the risky and expensive Marvel’s The Avengers. But now we have a cast of more than a dozen all-important main characters, from Black Panther to Thor, the plots and lore around six different infinity stones, all leading up to one over-arching plot centered around Thanos. A child who was eight when the MCU started will be an adult now that the final stages of phase three are done and the Infinity War is upon us. With so many characters, plots, and stones to juggle, how can this final movie possibly live up to the hype?

This infographic by Owl2 really captures the scope of the MCU so far: 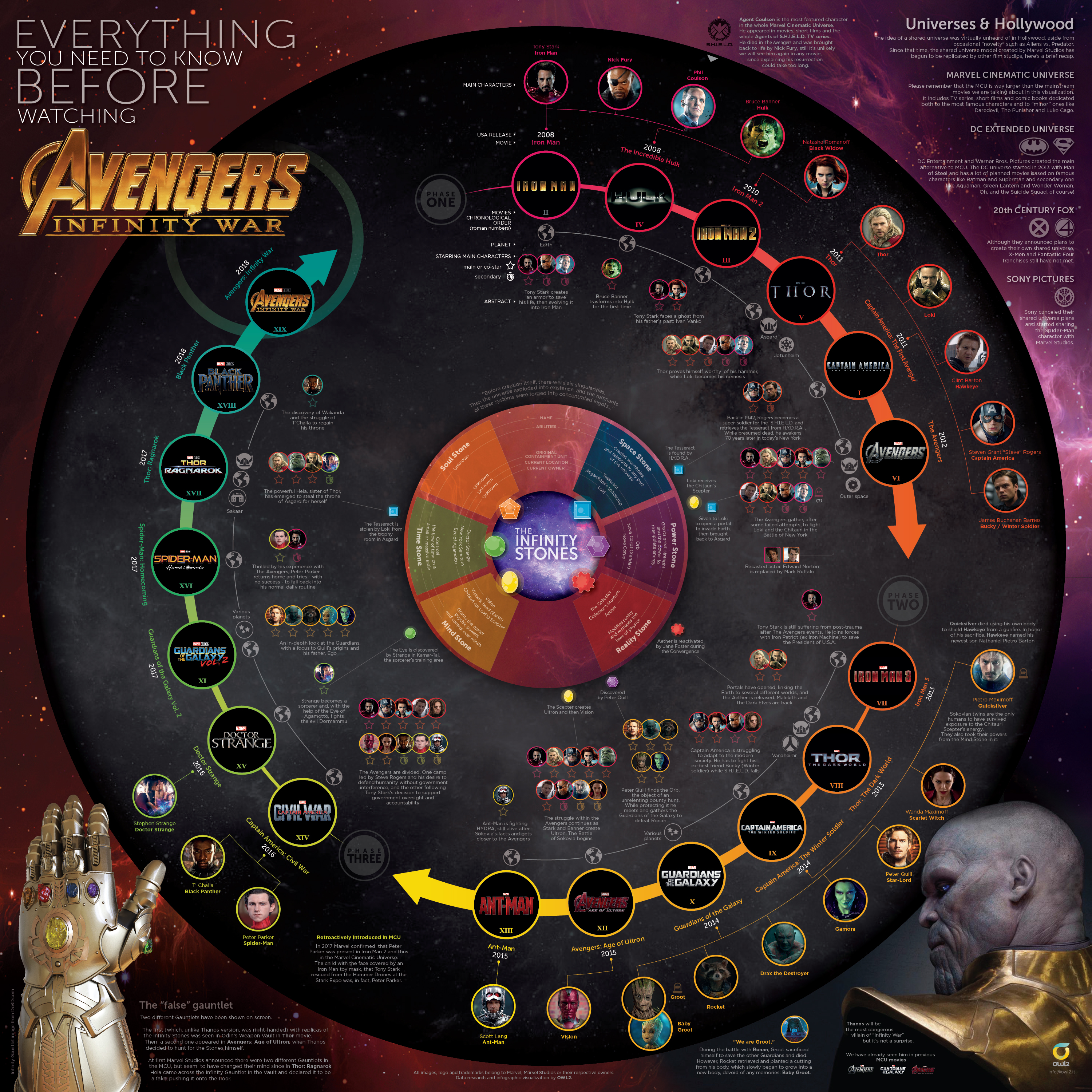