“Nintendo is dead,” they said, after the Wii U was considered to be a failure by the long-time video game giant.

Fast-forward to five years later, and the Nintendo Switch would prove the doubters wrong. As of September 30th, 2020, the Nintendo Switch had sold 68.3 million units, making it a huge success for Nintendo. The portability and massive game library has perhaps made it Nintendo’s most unique console ever, too. 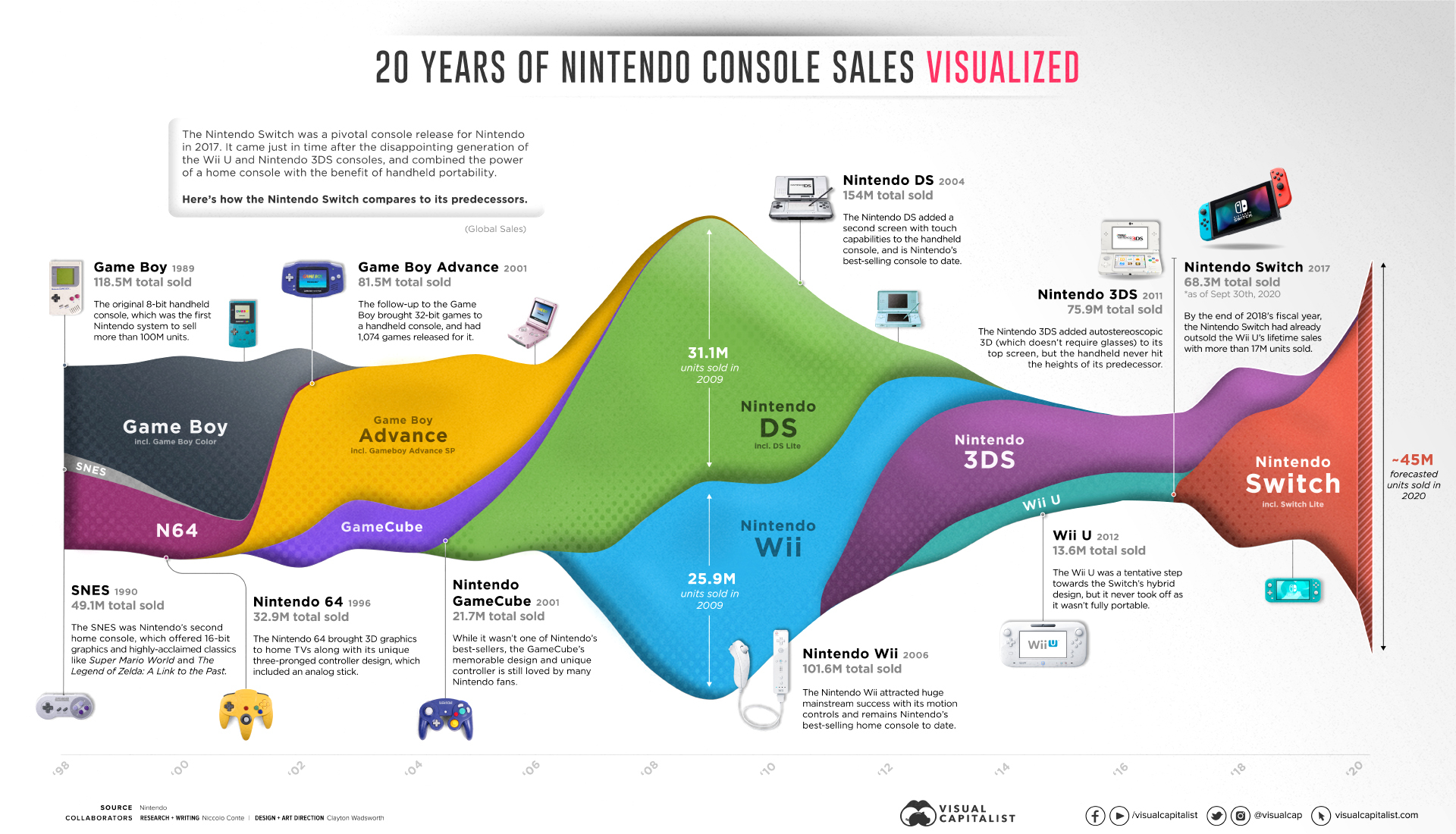 From Visual Capitalist, this visualization looks at the timeline of Nintendo’s console sales over the last several years. From the data, it’s clear that handheld gaming systems have sold exceptionally well for Nintendo over the years, as the Game Boy, Game Boy Advance, Nintendo DS, and Nintendo 3DS have combined to sell 429.9 million units. Add the Switch into the mix, and you’re about halfway to a billion units sold.

What’s your favorite game to play on the Nintendo Switch? Let us know in the comments below!