6 Reasons Why You Would NOT Survive a Zombie Apocalypse

Remember when people were totally obsessed with zombie apocalypse survival and designed really intense safe houses? Remember when the CDC introduced a zombie section on their website to try and get people more involved with preparation? It seemed like, for a few years, we got inundated with zombie-themed things from films to TV shows to plucky YouTube channels. The fervor of learning how to prepare for a zombie apocalypse has died off a bit; the practice of obsessively buying buckshot and MREs has slowed.

But, meanwhile, many of those zombie preppers confidently went about their lives without considering the fact that they totally wouldn’t survive a zombie apocalypse at all.

1. You’d need to listen to authorities first, long before digging out your crossbow.

The truth is … a disease that could melt your insides already exists, and you don’t fight it with shot-guns and crossbows, but with disinfectant wipes, airplane cleanup, and vaccines.

Ebola was contained because of rapid and effective communication form the Nigerian Center for Disease Control, who isolated patients that came in contact with the disease at any point. Strong public awareness and education was the real secret to killing Ebola. So why would a zombie virus be any different?

If you, a survivalist, have already hidden in your bunker, you’d better have a radio handy, too. What if your rations, mosquitoes, and water were the actual carriers?

The main characters of many zombie shows are stubborn survivalists that are “off the grid.” In reality, those who don’t listen to authorities would likely be the first to go.

2. What kind of zombies will you be fighting, anyway?

“Okay,” you say, “those are real diseases. But we’re talking about zombies, here. It’s fictional. Zombies follow their own set of rules.” 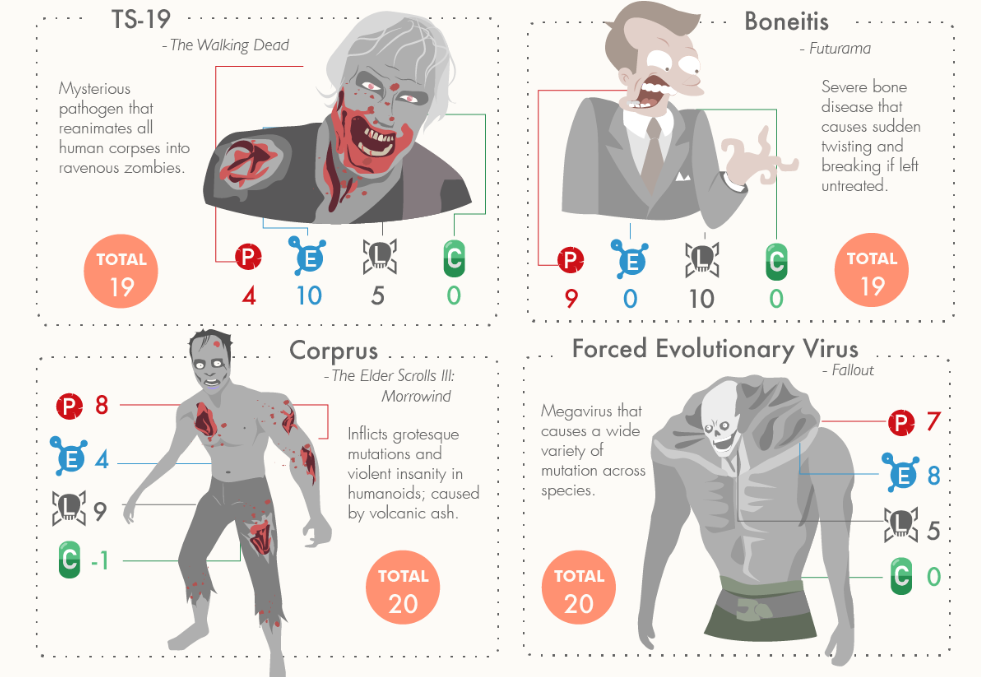 Science fiction and fantasy are littered with different zombies, each having their own rules. Some, for instance, are sensitive to noise, which is a huge problem if you’re sitting on a pile of buckshot. Others don’t like light; others are intelligent. This list of fictional diseases from Claricode shows off the variety of potential threats.

3. Your house is not ready.

“What if they’re the ordinary, run-of-the-mill, classic zombies?”

Even the more classic-seeming zombies like from The Walking Dead and Resident Evil have their own rules. This infographic organizes some of the most common ones: shufflers, runners, hordes, bloaters, and the unfortunate possible reality of intelligent zombies. 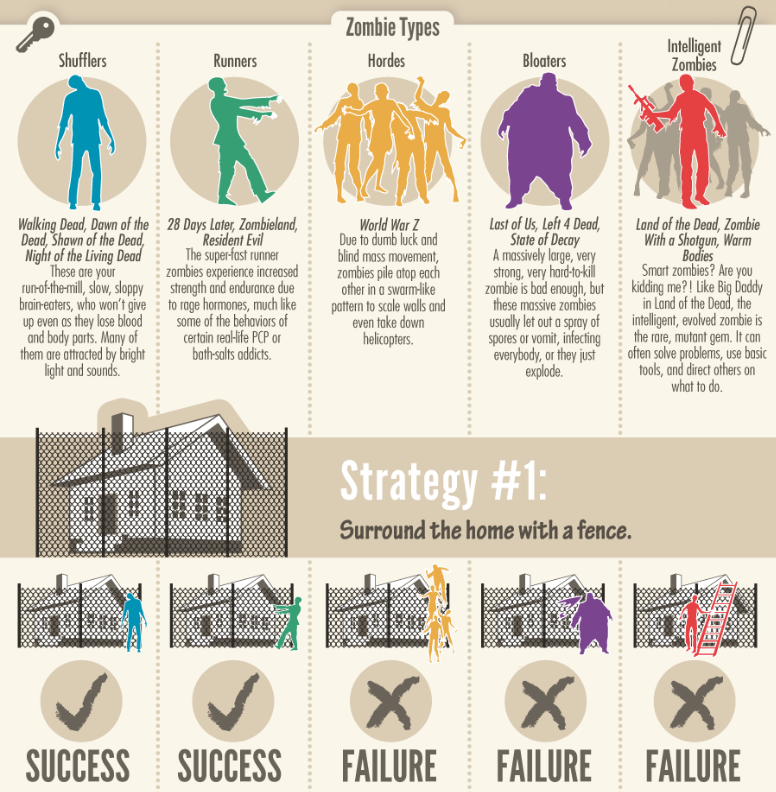 To battle your foes in the long term, you’d need a pretty ridiculous setup that can’t necessarily be improvised quickly.

(Our apologies to the two people reading this whose houses are indeed very ready.)

“The first rule of Zombieland: Cardio.” 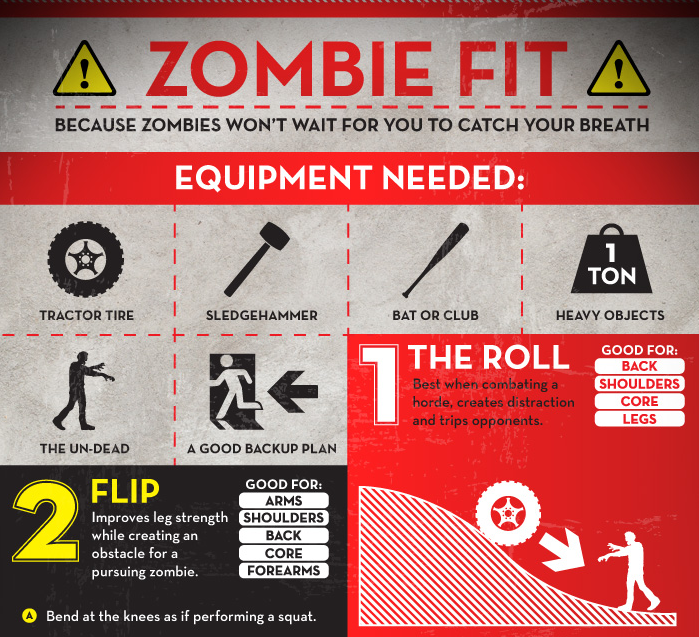 Pressing buttons on a controller doesn’t quite use the same muscles as swinging a katana. Working out helps you prepare while also helping you live longer, even if no super virus happens.

(Note that you’d also need to be mentally prepared. Will “mindfullness” matter during the apocalypse?)

5. America is not ready.

American infrastructure is woefully underfunded and unprepared for even ordinary disasters. We as Americans are simply not prepared for extreme emergencies in structural ways compared to other cultures.

What that means is that even if you do everything right your country might fail you.

Let’s not forget that while the zombie enthusiasm was at its height, a real natural disaster happened. 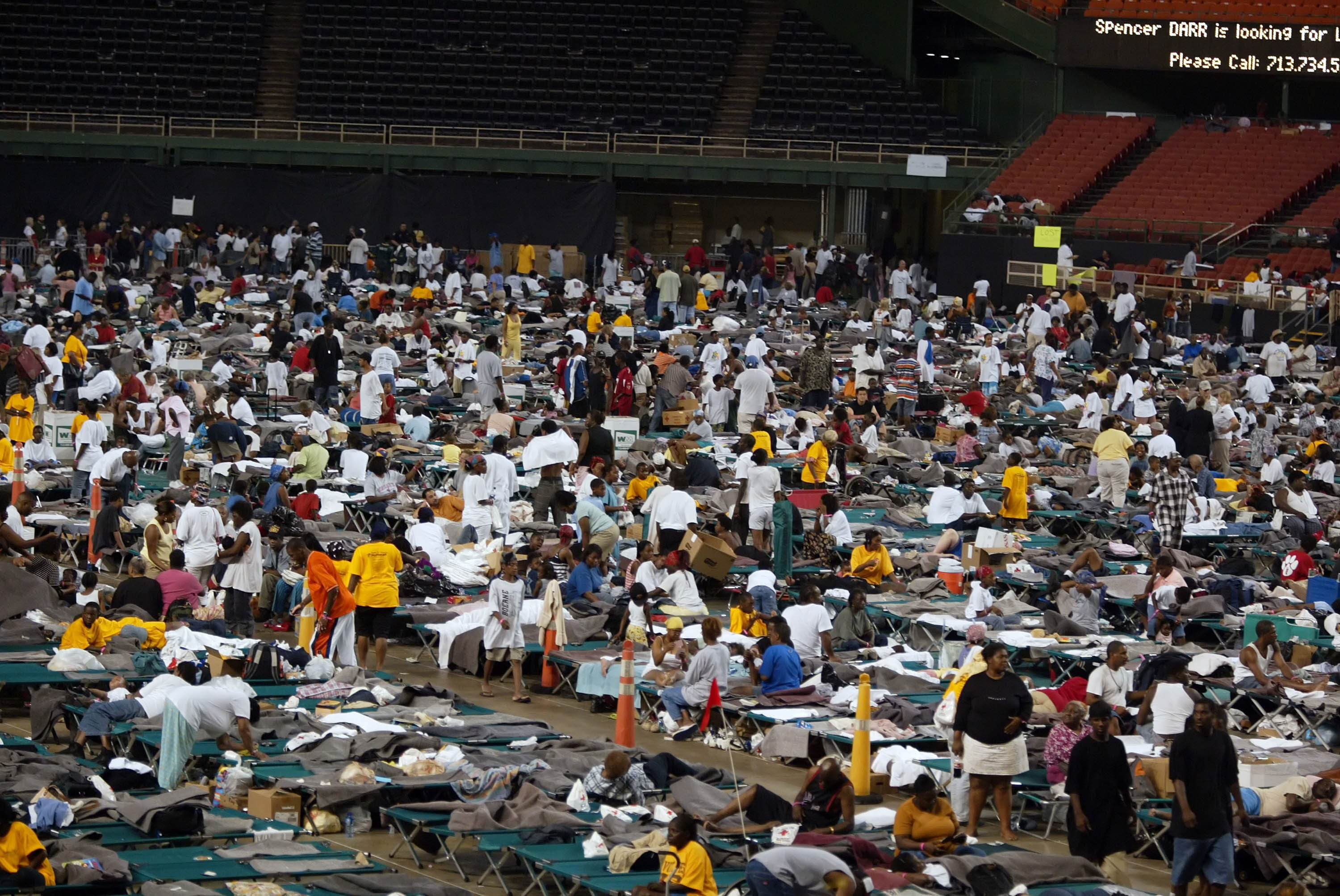 Katrina was the costliest natural disaster in the United States, but most of the catastrophe was due to both poorly maintained levee failure and the horrifically terrible response from the Federal Emergency Management Agency (FEMA), leading to Director Michael D. Brown resigning. With locals trapped in the local Superdome for days, and temporary housing taking months to set up, what was a devastating storm became a national embarrassment. 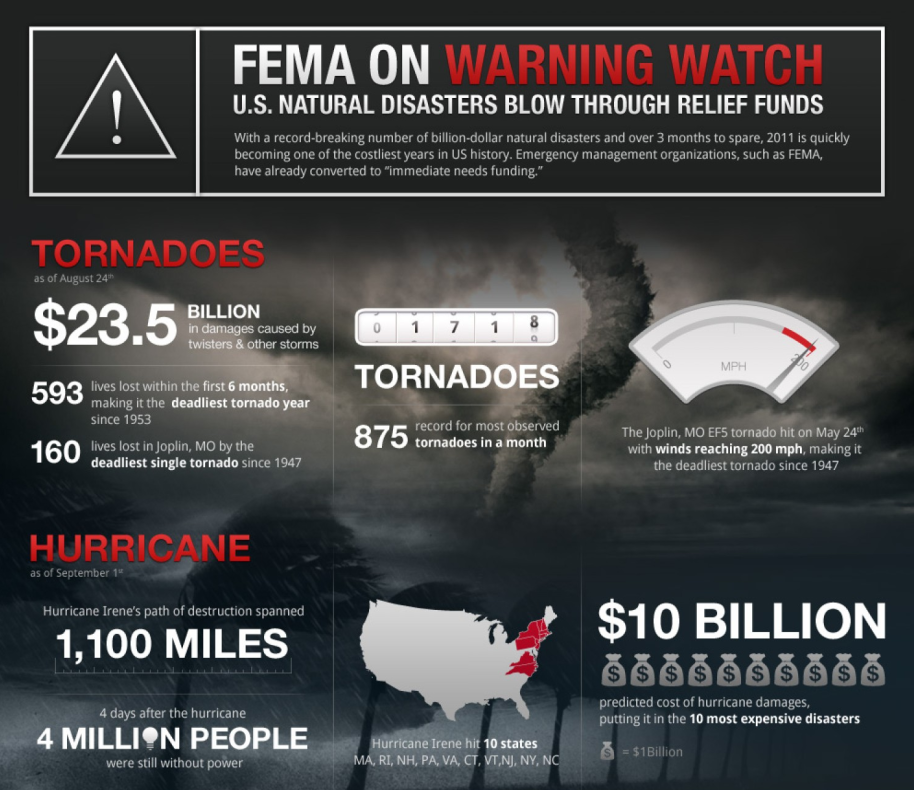 Even though we’ve suffered from that, Sandy, and many other smaller disasters, FEMA remains to be horrifically underfunded, and it’s likely to get worse. Perhaps it’s the organization’s acknowledgement of climate change.

The CDC, also responsible for responding to pandemics and one of the last lines of defense in The Walking Dead, may also have its budget slashed.

One of the most interesting parts of World War Z was the exploration of the consequences of globalization. All it takes is one package made in India, printed in China, and sent to the U.S. to cause a potential pandemic. We’re a small world, with airline travelers and shipping crates that pass throughout the globe every day, each with a potential to spread a zombie virus.

A super virus today would take about a year to spread to every single person on earth, but about a week to spread to several major metropolises.

The fact is that a super virus is still one of the most likely causes of the annihilation of humanity. It might not involve eating brains, but it still is very likely to happen. So, learning how to survive a zombie apocalypse isn’t as important as preparation for the actual threats that are out there.

Learn about more how pandemics spread: