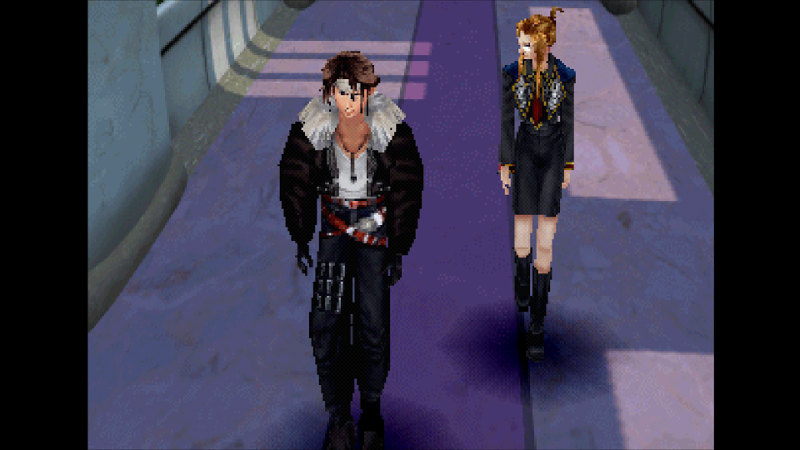 Choosing a Final Fantasy game is like picking a favorite child: incredibly difficult, but they definitely start to get weird after the tenth one. No matter what I put on this list, someone will challenge it, so I’m just going with my favorite. Plus, Final Fantasy VIII was the first video game released with a fully orchestrated soundtrack. Flying around the map in the Ragnarok space ship while listening to “Ride On” can turn even the sourest mood into one of pure joy. “Timber Owls” is built around the ticking of a clock. “Man with the Machine Gun” remains one of the greatest battle themes in any RPG.

Our Pick: The Man with the Machine Gun

The Legend of Zelda has always been praised for its musical score thanks to series composer Koji Kondo. Link has had a number of instruments over the years: a flute, a conductor’s baton for some reason, but Ocarina of Time was the first time that learning different songs became a central theme of the game. “Ocarina” is in the title for crying out loud! Throughout the game, Link learns different songs that give him access to each temple, but he can also learn “Sun’s Song” to switch between day and night, “Epona’s Song” to summon his horse and “The Song of Storms” to change the weather.

Oh yeah, like I can make a list without including something Pokémon related. But truly, Pokémon Red & Blue might mark the peak of 8-bit soundtracks. From composer Junichi Masuda, the game boasts an iconic battle theme, the possibly suicide-inducing Lavender Town theme and “To Bill’s Origin,” which plays while you cross Nugget Bridge, reminding you that this journey you’re on extends far and wide, each Pokémon to understand the power that’s inside.

Our Pick: To Bill’s Origin

The Katamari series is the best possible confusing and frantic experience that is too Japanese for its own good. You start by rolling up household objects, then small animals, then people and eventually entire cities. All the while, you are serenated with an eclectic mix of music, each track just as weird as the last. One song may be comprised primarily of sound effects that are somehow strung together into a rhythm. The next might be Japanese school children singing or a lounge-style song in English. Much like the gameplay itself, you never know what to expect with the Katamari Damacy soundtrack.

Jet Force Gemini is probably not on too many Top Nintendo 64 Games lists, which is unfortunate because it is a true hidden gem on that console. Developed by Rare and released during the holiday season of 1999, the game follows a band of space travelers as they gun down insectoid aliens. Robin Beanland composed a very atmospheric soundtrack for the game, conveying both the heroics of the adventure and the unfamiliarity of the many strange worlds in the game.

Most JRPGs open with a stereotypical hero architype waking up in their quiet town on the morning of their big ritualistic quest. This was not the case with Shadow Hearts where you find yourself on a train, arriving at a village of cannibals. The original game was overlooked due to its release being so close to that of Final Fantasy X, but the series was among the best the PlayStation 2 had to offer. Its dark themes were only enhanced by its soundtrack, containing songs such as “Conveyor Belt for Killers” and even some higher energy tracks like “Vitamin Metropolis.”

Our Pick: Manufacture – Beltconveyor for Killers

Choosing which Silent Hill game has the best soundtrack might be even harder than picking a Final Fantasy, but it’s definitely between the second and third installments. Akira Yamaoka composed a very rich soundtrack that perfectly complements the main themes of Silent Hill, a series where the horror is rooted in psychology much more than other series in the genre. With the third installment, we feel like we’re floating when we hear “End of Small Sanctuary”, we’re blown away by actual vocals on “I Want Love” and then there’s “Rain of Brass Petals”…

Our Pick: Rain of Brass Petals

The premise for World of Goo is incredibly simple: move goo balls around to try to build a bridge or tower that will allow the remaining goo balls to reach a goal. The game, however, has a surprisingly deep story and a one-of-a-kind soundtrack composed by Kyle Gabler. While other puzzle games like Tetris give the player a sense of urgency, World of Goo makes the player want to stop and ponder their next move, or possibly just stop to enjoy masterfully crafted songs such as “Red Carpet Extend-o-matic.” And you can play it right now on Nintendo Switch!

Anyone’s first thoughts when playing this indie title are “what the hell?” and “why?” Yet, Barkley Shut Up and Jam: Gaiden is tough to put down. The writing is absolutely hilarious, the celebrity cameos never disappoint and the soundtrack rivals that of big-budget RPGs. The game’s composer, known only as “Chef Boyardee,” provides songs given whatever title was the first to come to his mind. These include “deathtemple in hell,” “naked grandpa parade” and one of the greatest boss battle themes ever: “jonathan taylor thomas.” Oh and did I mention the game is free to download?