5 Arguments That Make You Question Who The Bad Guys Are

What does Star Wars, Firefly, the Lord of the Rings, Super Mario Brothers, and The Wizard of Oz have in common, besides an important place in our collective imagination?

Here are some of the internet’s best arguments for some of pop culture’s biggest baddies.

Firefly is a metaphor for the South. Browncoats are graybacks.

It’s an undeniable fact that this show was inspired by The Killer Angels by Michael Shaara, a book recounting the days before the battle of Gettysburg. The story of Firefly takes place, essentially, in a space-version of reconstructed South. The Anglo-Sino Alliance, the main enemy of the show, even somewhat dresses like those from the Union. Kaylee’s shindig dress even resembles something out of Gone with the Wind. 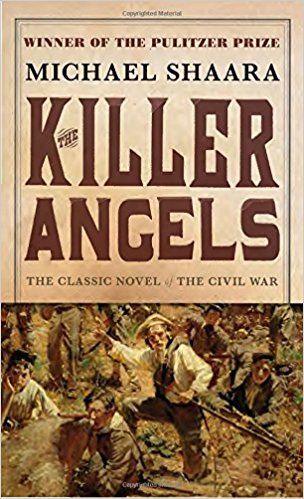 What’s pretty unsettling about all this is that it’s a cleaned-up version of the Civil War. We never know why the war between the Alliance and the Browncoats was fought in the first place. It’s not explained (outside of Serenity) why the Alliance is evil. Beside offering good jobs, shipping off medicine and food to colonies, and taking the time to teach their talent, the only person that’s been harmed by the Alliance is River. But we have no idea if that was the work of the whole organization, or just the two hands of blue. Also, some have suggested that River’s powers might have increased unchecked, and that the Alliance was doing the galaxy a favor by curbing her growth.Meanwhile, we’re meant to support rebels and thieves who directly undermine the health of civilizations by stealing medicine.

The Jedi are out-of-control space cultists who can change the thoughts in your head.

Here’s a brief summery of this Cracked article: The Jedi are a creepy, powerful cult of space wizards who hold no accountability, are trained to not feel emotions (which includes pity), and, for all we know, abduct children from their homes. Unlike the Sith, who acknowledge they use the dark side of the Force, the Jedi live in a strange land of denial, refusing to acknowledge or admit to the fact that there is a little sliver of evil in all of us.

Some full-blown Jedi have done truly immoral things. Take Qui-Gon for example, who uses his powers to influence a bet. You could argue that it was for “the greater good,” but the act was cheating, plain and simple. Qui-Gon felt no remorse and did not even get scolded by the council.

Qui-Gon’s character was too fast-and-loose? Take Obi-Wan, then. He considered blasters – weapons that could be used to stun people rather than kill them – to be too “uncivilized” than the weapon that decapitates people. Almost all of the known “good” Jedi have done some pretty bad things, and all of them refuse to acknowledge their dark side.

There’s absolutely no one stopping them, telling them when they’ve done things wrong, and they’re just running loose in the galaxy. It’s enough to make you want to vote Palpatine in the next election. 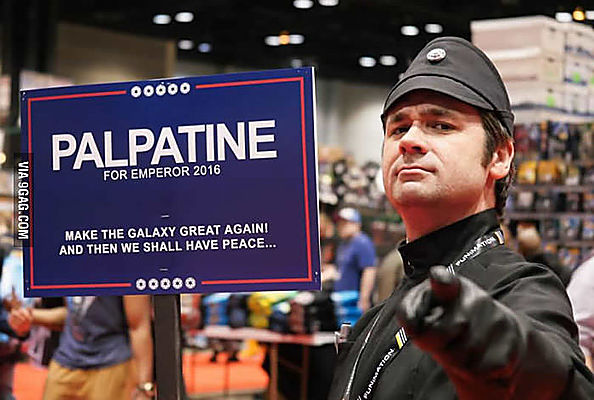 Even the official website confirms that our boy Palpatine made at least some good choices. While the Empire uses a lot of the same imagery as dictatorships as the Nazi party, you’ve got to admit that a group that organizes the galaxy together and creates some amazing things. The Death Star required massive amounts of engineering and skilled workers to get it done. Think of all the jobs they created!

Not to mention most of the more dangerous tasks, such as keeping the peace, were now performed by obedient clones, rather than forcing civilians into drafts!

And then the supposed “heroes” of the original trilogy – criminals and power-thirsty politicians – want to subvert all of that and go back to the cult-loving ways? Jeez! They need to learn from their history! 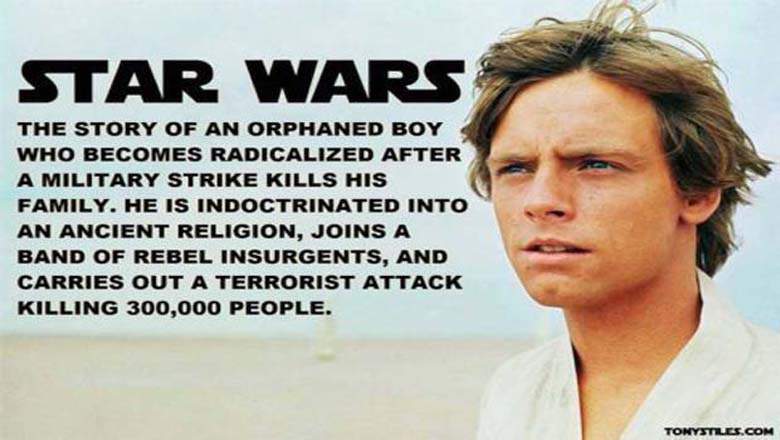 “This is ridiculous,” you say. “This is nothing like canon.”

But do you know who also seems to be of these opinions? Luke Skywalker. He’s the one who said, “It’s time for the Jedi to end.”

We’ll see if the Jedi will end in the next episode.

It’s been discussed online about as much as the concept of Darth Jar-Jar. Sauron is definitely not the bad guy of The Lord of the Rings. At least not in our modern sense. Yes, he is a fiery eye in the sky. Yes, he lives near a volcano. But here are other things that he does: He’s the only immortal being who hires non-white people. He’s defending underprivileged people who have been forced to live in a horrible land under horrible conditions for centuries – a completely barren wasteland that one cannot grow food from.

Super Mario is a destructive plumber who should not be involving himself with nuanced international politics.

Itsahme! The mass-murderer! Stepping into another dimension, Mario immediately begins stomping on a race of sentient mushroom-beings without knowing anything about them. For all we know, a Goomba is a peace-loving, happy creatures who just happen to have frowny eyebrows.

Mario stomps in, murders people, and steals massive amounts of gold coins from them. Who does he think he is, America?!

Not to mention, he knows nothing about the person he rescues. How does he know that Princess Peach is an effective ruler? From what we see, she’s likely not. Also, where’s her dad? Maybe Bowser is friends with her dad, who asked him to keep an eye on her. Ever think of that, you overalls-wearing weirdo?!

The Wizard of Oz lied about basically everything.

This one was so obvious that it eventually spawned a book and then an internationally beloved musical.

Dorothy comes in and kills the Wicked Witch’s sister, and refuses to give back a family heirloom. The people who reward her for this behavior are someone who claims to be a “good witch,” who claims wicked witches are ugly (sure, that’s healthy, Glinda), and the Wizard of Oz, the most lying liar who ever lied.

Really, you could see this story as a big corporate mogul encroaching upon the rights of a neighboring female business-owner.